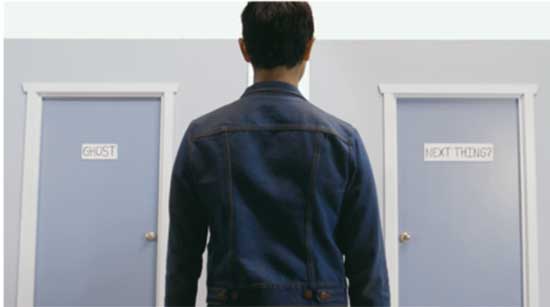 Guess I’m a Ghost is a comedy web series in eight episodes that explores coming to terms with your past mistakes, making amends, and how we both perform ourselves and find out about death through social media, debuting today on Vimeo. Guess I’m a Ghost made its world premiere at DC Webfest and recently won the Silver Award at the Independent Shorts Awards. It was also recently accepted to the Hunter Mountain Film Festival.

Tonally, the series is a mix between High Maintenance and The Good Place. Using both naturalistic and absurd comedy, the show looks to see how we grieve over imperfect people we think we knew, but maybe didn’t at all. Diane…wasn’t the best friend. She liked to bend the truth and look out for number one. After embarrassing herself at a party, she’s killed in a ride-share accident when climbing into the front seat to charge her phone. Then, because of a mistake in the afterlife, she’s sent back to earth and forced to haunt those she could’ve treated a little better, and might owe her an apology themselves.

More about Christopher Sullivan: Writer/Director/Producer/Creator
Chris Sullivan is a playwright, screenwriter, director, and producer. His work has been seen Off-Broadway at the Ensemble Studio Theatre, where he is a former member of the Obie-Award winning Youngblood group, as well as The Flea Theatre, Theatre Row, NYU, Death by Audio, Cake Shop, Silent Barn, and elsewhere. He is a recipient of the Hudson Memorial Award and holds an MFA from USC’s John Welles Writing for Screen and Television Division. His play BEST FRIEND recently won an Encore Producers Award at the Hollywood Fringe Festival. His career peaked after starring as Wilbur in his high school’s production of “Charlotte’s Web.”

More about Kelsey Siepser: “Diane”/Producer
Kelsey Siepser is a LA-based actress originally from the east coast who holds an MFA in acting from USC’s School of Dramatic Arts. She has acted in numerous films and TV projects notably, SEAL TEAM, WEST OF HER, THE AMERICAN SIDE and THE WHITE ORCHID. Her most extensive experience is in acting in theater where she has performed at Dixon Place, The NYC and LA Fringe Festivals, The Vineyard Theater and The Williamstown Theatre Festival. She won the Tryon Prize for art and technology with her site specific video installation, ELUESIS, while at Smith College. She recently directed a pilot episode for her webseries, ONE BEDROOM. She performed her expanded solo piece, REVELATION, at the 2016 Solo Performance Festival at Son of Semele. She has written two feature films and recently finished her first full length play, Theia Mania, which she developed in a writing workshop at The Echo theater company with Charlotte Miller. Most recently she played Lady Capulet in Romeo and Juliet for the 2018 LA Fringe.

Guess I’m a Ghost Trailer from Chris Sullivan on Vimeo. 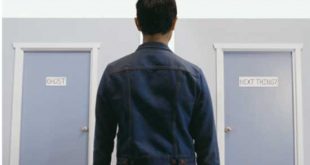