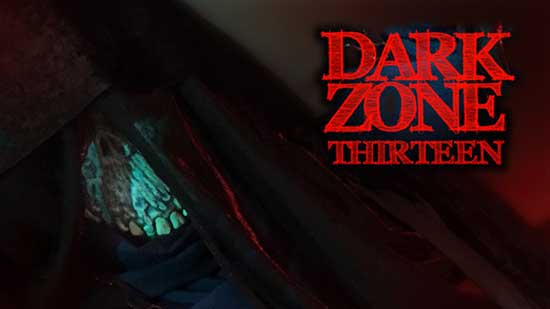 Fitzofhorror.com called him the “King of Indie Horror Anthologies,” and director Joe Sherlock says, “Since I’m in my third decade of making fun b-horror flicks and many of them are anthologies, I’ll take it!”
Sherlock’s latest is DARK ZONE THIRTEEN which reveals tales from the infamous unpublished thirteenth issue of a fictional lost pulp magazine, and it is set to World Premiere at this year’s Crypticon Seattle Film Festival, Saturday, May 4 at 11:30 p.m.
Jackey Neyman Jones, known for Mystery Science Theater 3000 fave MANOS THE HANDS OF FATE, the sequel MANOS RETURNS and Sherlock’s own BEYOND THE WALL OF FEAR, is featured along with a cast of regulars and, “a whole lotta blood,” according to Sherlock. He adds, “What do we get? Evil doll. Serial Killer. Ghost. Magical book. Beings from beyond. Blood. More blood. You know the drill.”
Leading up to a summer DVD release, he is running a pre-order campaign offering special thanks in the credits and several other packages. 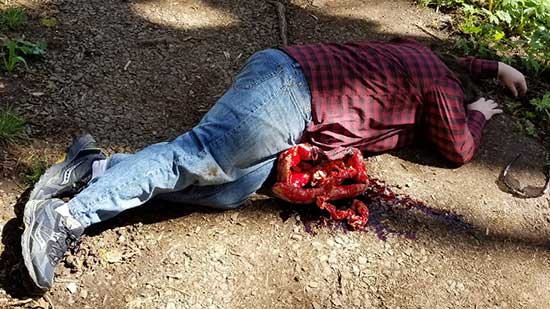 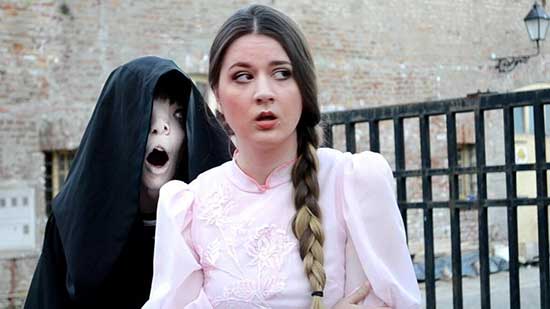 Sherlock wrote and produced the film and directed all but two segments, coordinating those with Joseph Voegele and Filip Hanžek. Sherlock served as editor and scored the film with frequent collaborator, and fellow indie horror filmmaker, Steve Sessions.