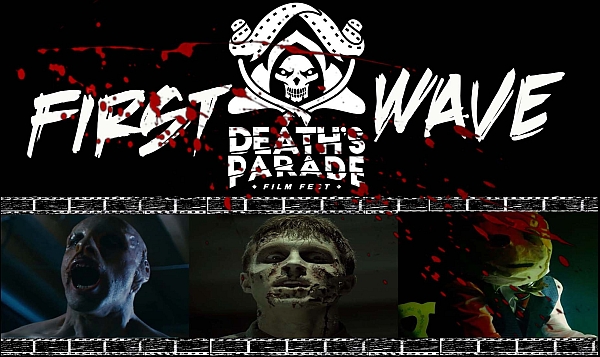 The Death’s Parade Film Festival (DPFF) has revealed its First Wave of film selections for its inaugural run on October 5th, 2019. The festival will feature short films from around the world with an emphasis on paranormal, psychological and body horror, found footage, experimental, killers, monsters, zombies, gore, and dark comedy. The First Wave exemplifies the spooky quality attendees can expect from the program in October.

The Towne 3 Cinemas, nestled in the heart of Silicon Valley, will play host to a list of veteran and up-and-coming local and international horror filmmakers, eager to share their grisly works of art with a fresh and frothing audience. The festival seeks to spotlight innovative storytelling with an eye on traditional means produced in high-quality fashion.

Included in the first announcement is The Quiet Room Bears, written and directed by Lee Howard, the film offers us a glimpse into a sinister landscape packed with horribly disfigured teddy bears and a gruesome, matriarchal entity that racks up the body count. In the film Water Horse, done by veteran filmmaker couple Sarah Wisner and Sean Temple, the short weaves a chilling, fever dream tale involving the sudden appearance of an abandoned boat which turns the last day of summer into a mother’s nightmare. Filmmakers from both The Quiet Room Bears and Water Horse will be in attendance to present their respective films and participate in a Q&A sessions afterwards.

DPFF is also proud to announce a special screening of 1987’s The Lost Boys, a Bay Area seminal favorite starring Kiefer Sutherland, Jason Patric, Dianne West and Corey Feldman. Local film enthusiasts will know how The Lost Boys not only put Santa Cruz on the map, but how it changed the way vampires are portrayed, thus paving the way for franchises like Buffy the Vampire Slayer and the Twilight Saga.