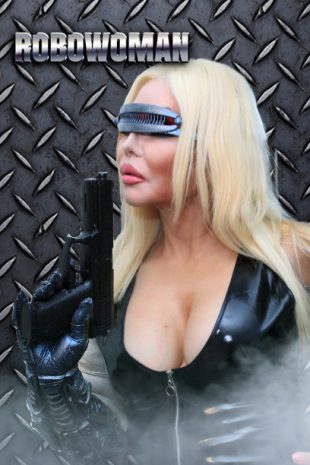 “RoboWoman” follows career woman Vivica Stevens (Lee Heising) on her last night at a temp agency as she finally accepts a date with a pushy co-worker, played by Jonathan Nation (“Elvis Lives”) that she has turned down in the past. Soon she finds herself cornered in a dark park at night and brutally attacked, raped and left for dead by her date and his crazed friends. She’s found barely alive by her concerned roommate, Carlenee, played by Sue Price and undergoes illegal, experimental “cybernetic” surgery where she is given a replacement robotic arm and visor to correct her vision. However, the cybernetic surgery causes havoc to her brain and her body. Before long, she decides to seek revenge with the aid of her new high-tech attachments. One by bloody one, she stalks and kills her attackers before the shocking and revealing conclusion!

207 N Maryland Ave, Glendale, CA 91206. The film will be presented as a late-nite “Grindhouse Experience”, complete with actual Grindhouse movie trailers and bumpers from the 1970s and 80s. The red carpet at 9:30pm and the show starts at 10pm with a Q and A afterwards. 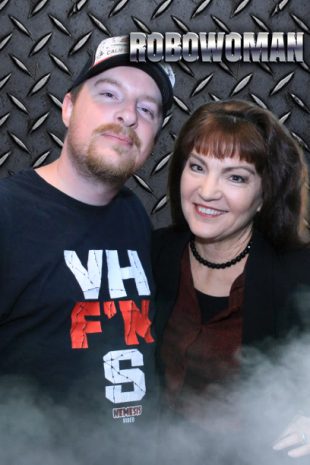 Dustin Ferguson is a very prolific and successful multi-award winning filmmaker. After a breakout editing gig in 2009 with “Sleepaway Camp IV: The Survivor”, he has gone on to direct over 50 of his own feature films and more than 70 music videos to date, most notably “Nemesis 5″ and two installments in the low-budget “Camp Blood” series. He’s collaborated with such award-winning music artists as “Egyptian Lover”, “Orgy” and “My Life With The Thrill Kill Kult”, while also previously owning and operating his own retro-themed video rental store called “Old Skool Video”. Dustin is also the editor for Aleong’s “Railroad to Hell: A Chinaman’s Chance”, and is the Director of Photography on the “What an Institution! The Story of Police Academy” documentary, and is the co-director of the cult classic “Night of the Demons” documentary. Dustin also performs as rapper “Dirty D”, and just released his first CD, titled “California Bitches”.