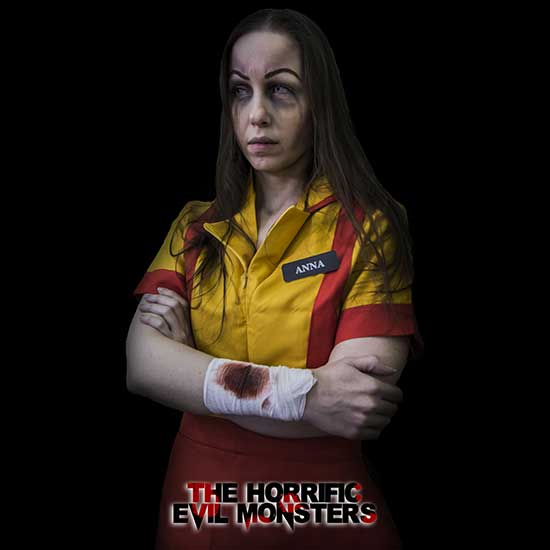 388 Studios and Macrocosm Productions releases exclusive images featuring actress Kaylee Williams as ‘the zombie’ from The Horrific Evil Monsters, an apocalyptic superhero style horror film featuring various horror icons such as a zombie, an alien, a werewolf, a grim reaper, and an unstoppable masked killer. Commissioned by a secret government agency code name T.H.E.M. (The Horrific Evil Monsters) and lead by a mysterious man named ‘Mick’ as he recruits some of the most hazardous horror and science fiction characters of all time to taken on a biblical unrelenting force that brings the apocalypse with them. 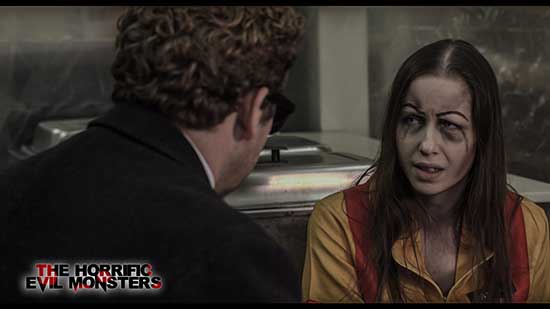 T.H.E.M.’s all start cast is accentuated by practical special effects, unique costuming and ingenuity designed to awe its audience. Phill Beith, serves as special effects master, taught by the legendary Tom Savini School of Arts, who has trained the likes of The Walking Dead’s Greg Nicotero, and many others. The gags are well designed and executed without fail. His use of prosthetics and level of makeup effects work beautifully on screen and mixed with smart editing, makes for great movie magic!

This is what actress Kaylee Williams shad to say about her character. “Anna is a young woman who finds herself thrown very suddenly into a confusing and unbelievable situation. There’s a lot of information for her to digest and it makes her wonder what her future will hold. Is her life over or is it just beginning?”

Keep your eyes peeled for surprises, shocks and splatters over the coming months as principal photography wraps at the end of June!

Behind the scenes video: www.youtube.com/watch?v=7fRdrEy2eeU