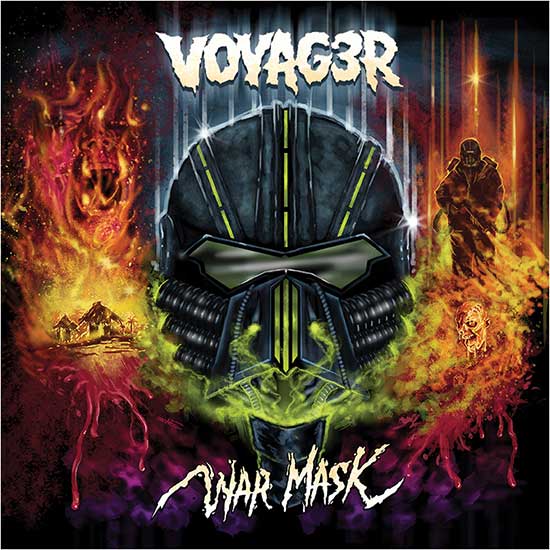 Voyag3r (pronounced Voyager 3) return with their 3rd studio album, War Mask. Expanding on the sonic pallet the band created with their debut, Doom Fortress, and follow up 2xLP, Are You Synthetic?, Voyag3r deliver a diverse, dark and dynamic collection of songs, including a cover of the King Crimson classic, Red. Heavier tracks, such as Ancient Enemies, bring the rock element to the forefront, while more open tracks like Sequenza Di Mezzanotte, showcase a 70s vibed, organic sound.
War Mask was self-produced and recorded at the Tempermill studios in Ferndale, MI, using their Harrison 3232 custom console and MCI 2” 24-track tape machine. As with the previous V3 albums, the artwork was done by Slasher Dave.
PRE-ORDERS ARE LIVE FRIDAY, MARCH 29 at 8am EST!
Bellyache Records will be releasing War Mask on Friday, April 26 on vinyl with 2 limited edition color variants: Orange (limited to 200) and transparent green (limited to 200) as well as classic black. LP’s come with a 12×12 3-D art print, a war mask that doubles as the 3-D glasses and digital download code. Pre-Orders for all vinyl formats of War Mask are at bellyacherecords.com
Battle Chamber Music will be releasing War Mask on CD and Cassette, including an additional mix of the title track by band synthesist Steve Greene. The cassette is limited to 100 copies worldwide. 50 red shell cassette and 50 black shell cassette with clear Norelco case. Pre-Orders for Cassette, CD and T-shirt of War Mask are at voyag3r.com 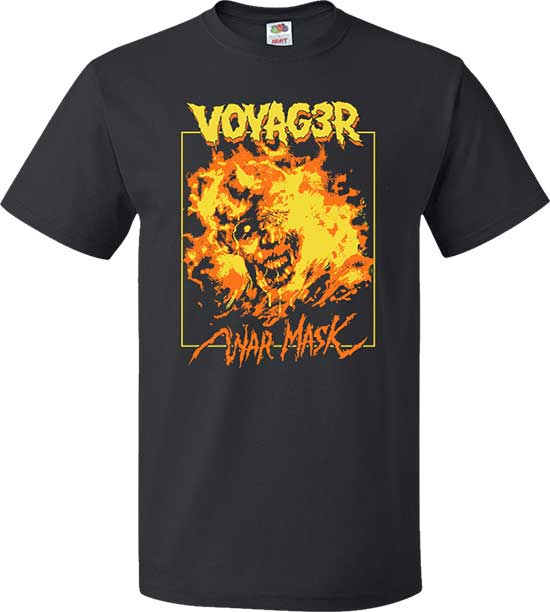