ON MARCH 15, JOIN OMNIBUS ENTERTAINMENT FOR
AN EPIC NEOLITHIC THRILLER 5,000 YEARS IN THE MAKING 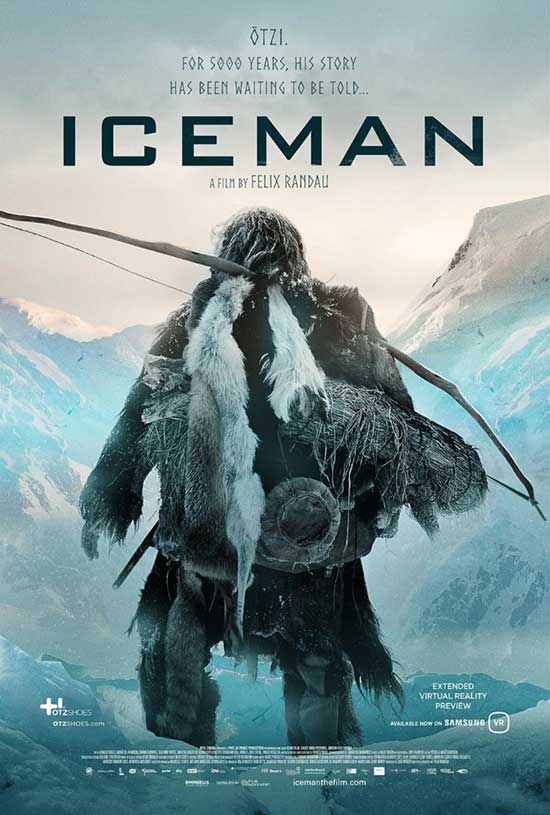 “All the rugged scenery and relentless drive of a classic western quest”
Alan Hunter, Screen Daily

In 1991, a melting glacier revealed the body of a man. At first, people assumed he was a hiker. But then scientists discovered that he’d been dead for over five thousand years. This is his story…

The Ötztal Alps, more than 5,300 years ago. A Neolithic clan has settled nearby a creek. It is their leader Kelab’s responsibility to be the keeper of the group’s holy shrine Tineka. While Kelab (Jurgen Vogel), is hunting, the settlement is attacked. The members of the tribe are brutally murdered including Kelab’s wife and son, and Tineka is gone. Blinded by pain and fury, Kelab is out for one thing alone – vengeance. Kelab follows the perpetrators’ tracks. On his odyssey through the mountains, he’s exposed to the dangers of nature. Finally, Kelab faces not only his family’s murderers but also himself. Will he succumb to his urge for revenge or can he succeed in breaking the eternal circle of violence?