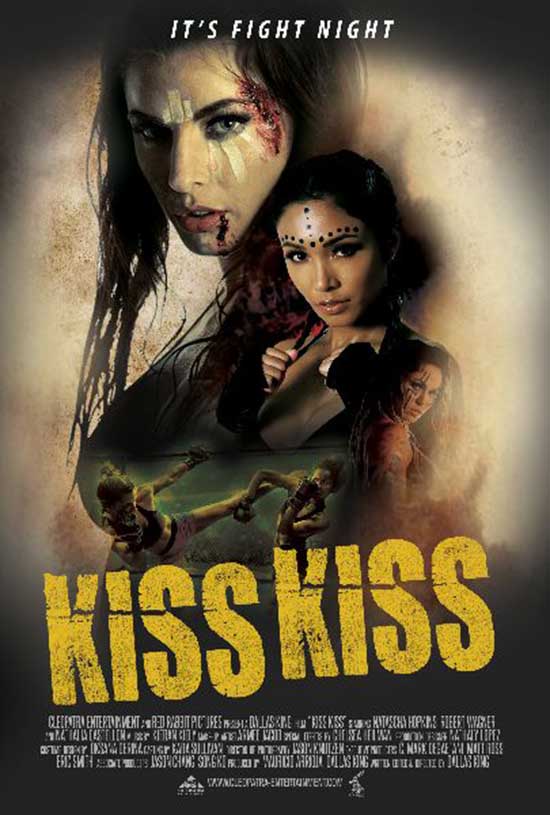 After a glorious night at the strip club, the film follows dancers, Kiss (Hopkins), and her best friends Treasure (Dae) and Kurious (B) as they are led by newcomer Tia (Castellon) to an exclusive wine tasting. A beautiful day turns tragic when they wake up having been seduced by their captor and special forces veteran, Gibson (Wagner), as he orchestrates a fight night that has each girl to battle against Fortune (Rae) and Dream (Hall) to prove that he’s found the perfect serum to enhance a human’s fighting abilities in combat. Round by round we witness our band of heroines face each other to the last breath as they work to free themselves and get the most savage revenge on their captor. KISS KISS is an intoxicating blend of blood, sex, and wine infused with mixed martial arts knockouts and friendships that are pushed to their limits.

The deal was brokered by Cleopatra Founder and CEO Brian Perera, Tim Yasui, VP/GM of Cleopatra Entertainment, and by producer Dallas King of Red Rabbit Pictures.

KISS KISS will also be released on VOD platforms on March 5th, followed by a DVD release on May 14th.