Home | OFF SEASON – West Hollywood, CA: Cult Thriller to Show in 10 US Cities this March 15th!

OFF SEASON – West Hollywood, CA: Cult Thriller to Show in 10 US Cities this March 15th! 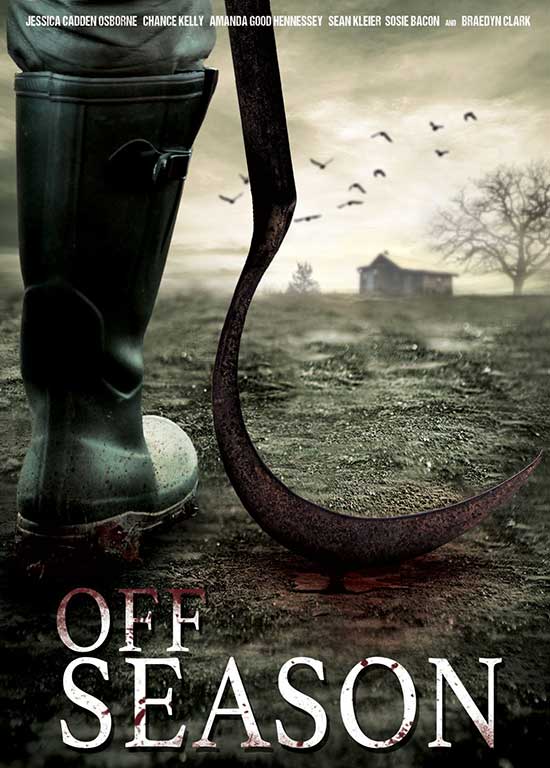 Off Season is an upcoming horror thriller from director and photographer Robert Cole. Written by Erik Lieblein, the film takes place on a remote farm, where a dangerous cult has taken root. Off Season is slated to show theatrically in ten U.S. cities, this March. And, the film’s first trailer and official poster are available here, before the film’s upcoming release.

In the story, Lena (Jessica Cadden Osborne) decides to return home. But, she takes a pitstop in Martha’s Vineyards, with plans to explore the area. On the farm, she befriends the owner and his family. Over time, she begins to realize that something is wrong as people begin to go missing. When it is obvious a killer is stalking the surrounding township, it is too late for Lena to escape.

Off Season has a stellar cast. Luca Salvagno of “Gotham” centrally stars as Todd, one of the farm workers. As well, Chance Kelly co-stars from the television series “Power” and “Aquarius;” Kellen plays the farm owner. Finally, up-and-coming actor Sosie Bacon (“Here and Now”) also stars in one of her early- breakout roles as central character Cassie. Some of these actors will be at the film’s New York premiere (March 15th), with more theatrical cities and showings to be announced soon.

The film’s official synopsis: After working for the summer on Martha’s Vineyard, Lena’s plans to return home fall through. A local farmer, Kellen, hires her and she forges relationships with her co-workers, his wife Becca, and his precocious ten-year-old daughter Sadie. At first, Lena’s experiences on the farm are welcoming and she strikes a close relationship with Sadie. However, over time Lena senses that Sadie is troubled. When a co-worker goes missing, Lena presses Sadie for answers only to discover that a killer is amongst them..

More details on Off Season at
Indican: www.indicanpictures.com/new-releases/off-season