“BRUTAL AND BRILLIANT … Fans owe it to themselves to go buy this.” – Empire 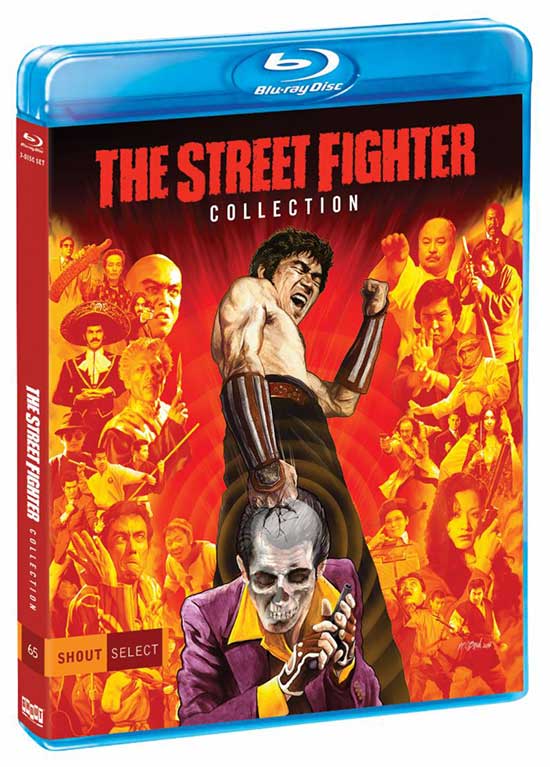 Shout Select will release The Street Fighter Collection on Blu-ray for the first time on March 26th, 2019. This set comes jam-packed, containing all three Street Fighter films with uncut versions, new 2K scans of the original film elements, and bonus features including new interviews with star Sonny Chiba and Filmmaker Jack Sholder. Fans can preorder the trilogy now at shoutfactory.com.

Meet the meanest and most lethal karate master ever to rule the streets. He’s Sonny Chiba (Kill Bill, The Fast and the Furious: Tokyo Drift), one of the greatest martial arts actors to ignite the screen. In The Street Fighter, Chiba stars as Terry Tsurugi, a mercenary who has been hired by both the yakuza and the mafia to kidnap a wealthy heiress, but when he isn’t paid, a violent clash will ensue. Chiba is back in Return Of The Street Fighter. This time Tsurugi is hired by the mob to kill two informants, but when he realizes one is an old friend, he refuses, and now he is the one being hunted. When Tsurugi is double crossed by the Ôwada clan, he takes off with something they want in The Street Fighter’s Last Revenge. Soon he is being chased by a group of deadly assassins.

Sonny Chiba was one of the first actors to achieve stardom through his skill as a martial artist. He earned black belts in multiple disciplines of Japanese martial arts and studied Kyokushinkai Karate under World Karate Grandmaster, Masatatsu “Mas” Oyama. His incredible talent in this hard edged, brutal art is displayed to perfection in the series of hit motion pictures contained in the Street Fighter Trilogy.

RETURN OF THE STREET FIGHTER

·        NEW 2K Scan of the original film elements of the U.S. cut with standard definition inserts from the original Japanese cut