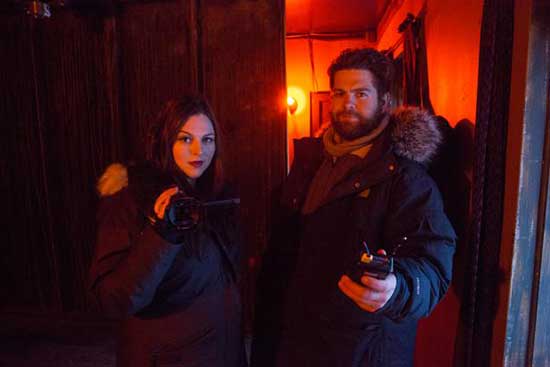 TV PERSONALITY JACK OSBOURNE AND PARANORMAL RESEARCHER KATRINA WEIDMAN TEAM UP IN NEW TRAVEL CHANNEL SERIES ‘PORTALS TO HELL,’ AS THEY SEEK TO UNCOVER WHAT LIES WITHIN NOTORIOUS HAUNTED LOCATIONS

Series Premieres Friday, April 19 at 9 p.m. ET/PT
Hauntings exist all over the world, but there are a few locations with sordid pasts and dark histories that are especially sinister and purported to be doorways to the spirit underworld. In Travel Channel’s new series, “Portals to Hell,” premiering on Friday, April 19 at 9 p.m. ET/PT, television personality and executive producer Jack Osbourne, and paranormal researcher and investigator Katrina Weidman, join forces to explore this phenomenon, investigating each haunted location in search of irrefutable evidence that a spirit world exists, and death is not the end.”

For almost 20 years, award-winning investigative reporter Christof Putzel has traveled the world uncovering some of the most hard-hitting stories of our time. He has exposed neo-Nazi attacks against immigrants in Russia, illegal American weapons sales to Mexican drug cartels, the tobacco industry’s exploitation of children in Asia and children used to mine gold in deadly labor camps in the Congo. He has used declassified government documents and key sources to bring these shocking stories to light. Now, in “Mission Declassified,” premiering on Sunday, March 24 at 10:00 p.m. ET/PT on Travel Channel, Putzel uses the same tools to explore history’s most legendary and notorious mysteries. By decoding recently declassified documents, Putzel discovers new, or simply missed, clues and connections that could finally unlock decades-long mysteries surrounding legendary cold cases.

America is a burial ground for secrets of our past. Artifacts and strange finds offer opportunities to discover a history of our country that we don’t know. Forensic geologist Scott Wolter believes that some of the history we’ve been taught is wrong and he is on a mission to prove it. Now, Travel Channel is breathing new life into “America Unearthed,” updating the format for its new network home and allowing Wolter to continue his quest to establish what really happened and set the historic record straight.