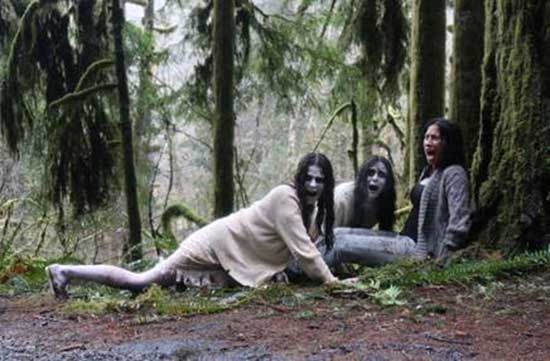 Enderby Entertainment announced today that their genre division Tony-Seven Films has set a cast for the film A HAUNTING AT SILVER FALLS II, and has gone into production in Oregon. The film is directed by Teo Konuralp (STREET RACER, FEEDBACK) and was written by Jesse Reffsin. The project is a follow up to the successful A HAUNTING AT SILVER FALLS, which gained an extensive online fan base from teenage bloggers, prompting a sequel.

Outsider will be selling international territories at the European Film Market in Berlin.

The logline: Several years after a deadly struggle with her serial killer aunt, Jordan, now in college, works to escape her troubled history. But when her aunt’s revenge-seeking specter surfaces to join forces with a deranged convict, Jordan must return to the haunted town of Silver Falls for a final showdown with the ghosts of her past.

Reffsin was a finalist for the 2013 Austin Film Festival Enderby Entertainment Award with his sci-fi script, Sabria. He’s since gone on to write multiple projects for Enderby Entertainment in addition to A HAUNTING AT SILVER FALLS II. On top of his work for film and TV, his book, Ghost, a collection of illustrated horror stories, was released last year.

Enderby Entertainment’s latest projects in preproduction include the recently announced psychological thriller NOMIS, starring Henry Cavill and Sir Ben Kingsley, and INTRIGO directed by Daniel Afredson, which is soon to film in Serbia. Other projects include the political thriller AN ORDINARY MAN starring Ben Kingsley and directed by Brad Silberling, which is in postproduction, and recent releases BLACKWAY starring Anthony Hopkins, Ray Liotta and Julia Stiles, as well as the surfer thriller DAWN PATROL, directed by Daniel Petrie Jr., which stars Scott Eastwood, Jeff Fahey and Rita Wilson.