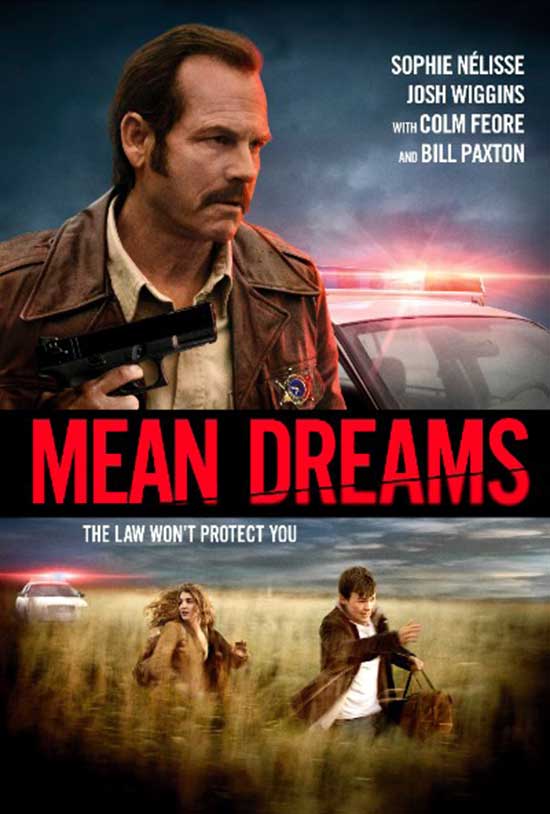 MEAN DREAMS follows courageous local farm boy Jonas (Josh Wiggins) and the new girl next door, Casey (Sophie Nélisse), as they embark on a journey that will change their lives forever.  As young love blossoms between the two fifteen year olds, Jonas also discovers that Casey’s abusive home life has reached a new level of danger, and Jonas takes the lead in their escape by stealing a bag full of drug money from Casey’s corrupt father – local cop Wayne Caraway (Bill Paxton). With the stolen cash as their only means to a better life, Casey flees with Jonas and together, under relentless pursuit from her father, they learn the hard truth of what it will take in order to survive. In the end, Casey and Jonas are forced to make a life-altering choice from which there will be no turning back.  A potent coming of age thriller, MEAN DREAMS brings together the desperation of life on the run and the beauty and wonder of first love.

Please let me know if you might be interested in receiving a screener link or DVD in regards to the possibility of your coverage.  Thank you for your time, I look forward to your response!