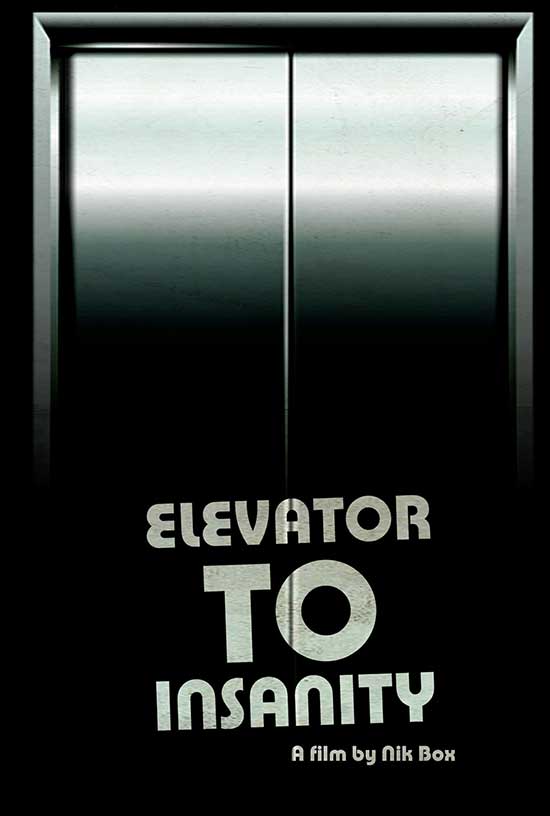 On Januray 30th 2019 Elevator to Insanity a Mysterious Un-announced film by Director Nik Box (She’s Dead, Brutal Jesus) was released on various platforms AMAZON PRIME, VIMEO etc. This film has left viewers Puzzled, Frustrated and Confused.
The plot is vague a young photographer boards an elevator of a very tall building a proceeds to go up for what seems like forever with random stops along the way with strange occurrences a woman boarding and leaving the elevator on numerous occasions, a mysterious dancer, floating balls of light and an hysterical screaming lady and when the photographer gets to his location things get even stranger.
Nik has now revealed there is a lot more to the film than meets the eye and has explained that is in fact a Treasure Map.
“I wanted one of the last DGFL releases to be something mysterious and fun, so i decided to try something different In total 14 clues are hidden inside Elevator to insanity that will reveal more to the plot and eventually lead you to a URL which will contain an alternative version of the film and other treasures. , each clue you crack will give you a hint to the next. I am giving people a headstart the first clue will lead to a Domain name look at things inside the elevator.”
Amazon.com
Share