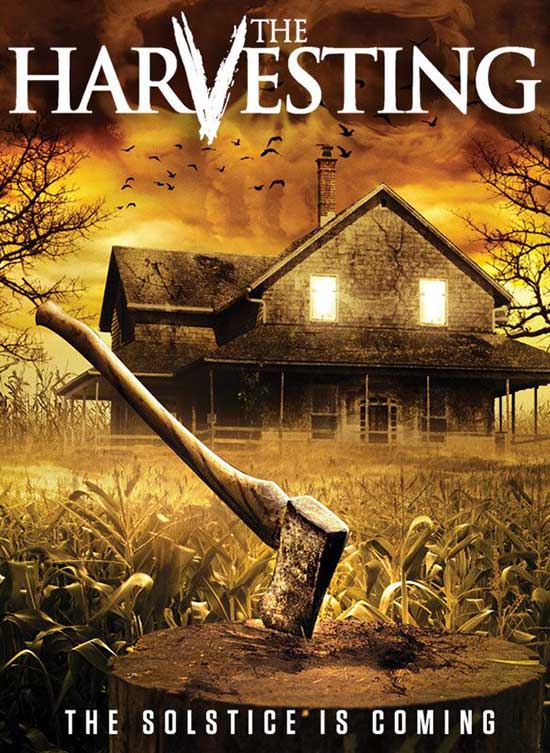 Vision Films and Archstone Distribution with Leadhead Pictures are proud to present the terrifying new horror from Ivan Kraljevic, The Harvesting. With its sleek direction and well developed characters, the film takes on the horror subgenre of possession and gives it a creative twist with its psychological thriller edge and stunning cinematography. The Harvesting will be available in the United States for the first time on January 8, 2019.

Starring Chris Conner (Altered Carbon, American Crime Story), Elena Caruso (The Dark Path Chronicles, Finding Mother), Jennifer Gareis (The Bold and The Beautiful, The Young and The Restless), Jack Buckley (Traffickers, Fairfield) and introducing Alex Yurcaba, a young family travels from the city to spend the summer in Amish Country where a malevolent presence threatens to tear them apart by exposing their dark secrets.

Jake (Chris Conner), Dinah (Elena Caruso) and their children take a summer trip to Amish country for a change of pace. On their first night there, the ghost of Amos Zook (Jack Buckley), an axe murderer, visits the old country home they are staying at and begins to invade their son’s fragile mind. The Amish, who were keeping the evil at bay while dealing with the fallout from the massacre, will not discuss the ghost’s presence with Jack and Dinah, forcing them to search for answers on their own. As secrets from the past are revealed, will Jake learn how to fight the evil before the summer solstice arrives or will his family succumb to it and follow the evil into the unknown?

The Harvesting from Vision Films on Vimeo.