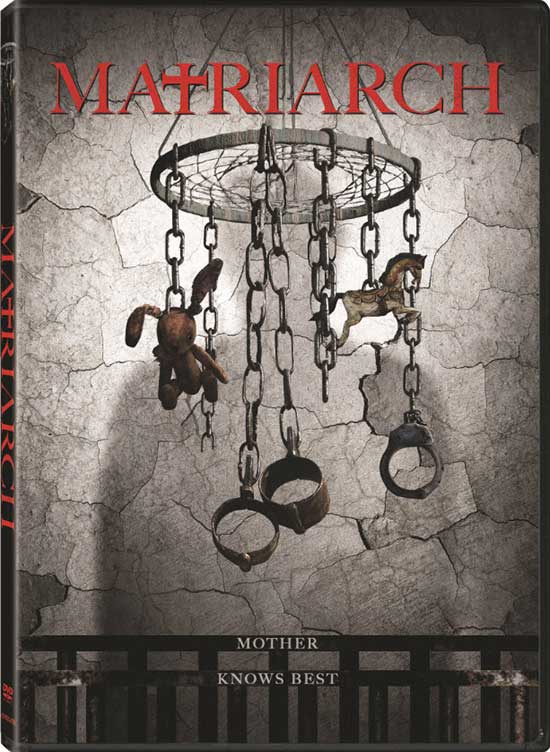 When the victims of a car crash stumble upon a farmhouse, miles from civilization, they think they’re safe, but the farm’s strange inhabitants have other ideas in Matriarch, arriving on DVD, Digital, and On Demand April 9 from Lionsgate. Charlie Blackwood, Scott Vickers, Julie Hannan, and Alan Cuthbert star in this chilling horror film that Vickers also wrote and directed. The Matriarch DVD will be available for the suggested retail price of $19.98.

This terrifying thriller unfolds as pregnant Rachel and her husband, Matt, are stranded after wrecking their car on a remote Scottish road. Though hostile at first, a nearby farmer and his wife welcome them in after learning that Rachel is with child. Suddenly, Rachel realizes the family’s “daughter” is a local girl who’d gone missing years before, but when she and Matt attempt to escape, they’re held at gunpoint—just as Rachel goes into labor. Will their child’s first day on earth be the couple’s last?