NEW Trailer & Poster for THE BELLWETHER starring – Feb 12 & Theatrically In L.A. on Feb 15

OFFICIAL TRAILER AND POSTER RELEASED TODAY!
‘THE BELLWETHER’ WILL BE RELEASED THEATRICALLY IN LOS ANGELES ON FEBRUARY 15 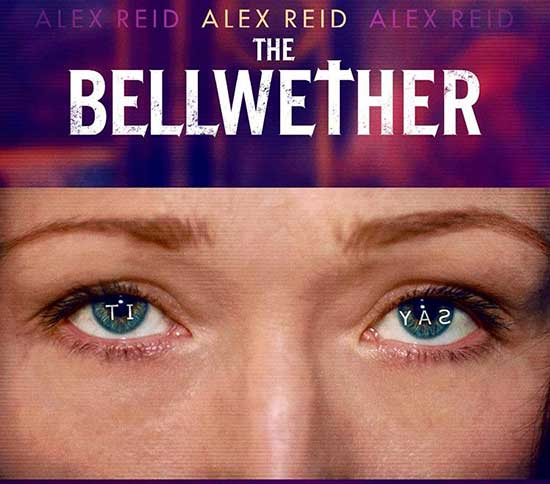 Giant Pictures, the digital film distribution division of Giant Interactive, has acquired North American digital rights for The Bellwether writer/director Christopher Morrison’s elevated feminist thriller shot in an ancient church in Brussels, Belgium. The Bellwether, a deeply character-driven genre piece, a horror and thriller film which addresses women’s issues, features a captivating virtuoso performance by Alex Reid, (well known for The Descent and the BBC’s Misfits). Giant Pictures will release The Bellwether on February 12 on DigitalHD, and the film will open theatrically in Los Angeles on February 15 with an L.A. exclusive run at Arena Cinelounge Sunset, announced Juri Koll, producer.

“Genre and BBC favorite Alex Reid is portraying Joanne. A star of the modern horror classic ‘The Descent’ as well as TV’s ‘The Misfits’ Ms. Reid brings a grounded reality to all of her roles. We are honored to have her as the first actress in English to play the lead in a solo female led film and she creates a tour-de-force performance as Joanne Steiger,” said Morrison.

As Director Christopher Morrison relates, “We are a proudly feminist film, and the first film that is a solo character film that features a woman as lead… Alex Reid plays four different versions of the ‘Joanne’ character (sometimes in the same scene).”

“I consider myself a life-long feminist and when I sat down to write this script I wanted it to be an extension of that. We are very deeply concerned that the content of the film be feminist; that’s what the story line addresses directly. Elevated genre is an exciting new wave of cinema in which you take a piece of genre material, which in Hollywood would garner a $20-$200 million budget, and push it down into a very small budget focusing on the ‘realistic’ aspect of it,” said Morrison.

“The story takes place in a reality where there is an acknowledged conspiracy that kidnaps women and breaks outspoken women in an effort to make sure that they stay in line with traditional gender roles, and then puts them back into society in order to keep society docile. There is a counter-conspiracy. The story follows Joanne, one of these outspoken women who is kidnapped and trapped in a church. Little does the conspiracy know and little does Joanne know that she has her own deep secrets that change her and change the conspiracy as well,” adds Morrison.
Share