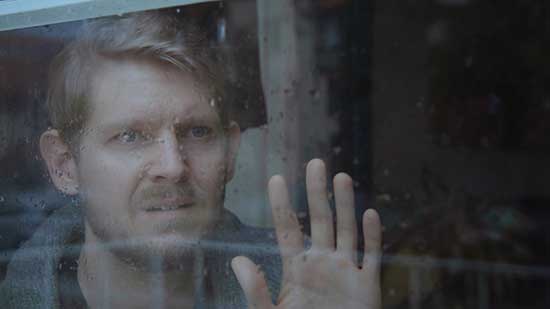 Jake and Will moved to Los Angeles with the dream of making feature films. They made award-winning shorts and worked on other people’s features and television projects. But then, like so many others, they found themselves bogged down in the never-ending development process. 20th Century Faux is their antidote. Instead of waiting for permission to make films, or trying to organize a massive crew and financing, with 20th Century Faux, Jake and Will opted for a minimalist approach. Their plan was to come up with – and execute – 16 short films that could be conceptualized, written and shot in a single day (one short per day), working with friends, and using whatever resources were available.

The result is a series of surprisingly empathetic, funny, and oftentimes absurdist short takes (1-4 minutes) by and about millenials. Distinct themes emerge; one that dominates is the experience of living in a time of dislocated hyper-modernity, and the self-help channels and techniques designed to combat the isolation of living through screens. In the films of 20th Century Faux, everything and everyone is a bit sad and desperate… so you might as well laugh at it.

Others present more light-hearted takes on the daily grind, the search for love and self-knowledge. Sex is explored in… surprising ways. The idea of escape is seen in the forms of drugs, VR, and quality time spent with oneself in nature. Blank, Bradbury and co., explore these “heavy” topics with a funny and ultimately empathetic take on the millennial experience.

Blank’s previous short film, LIMBO, starred Raul Castillo opposite Sam Elliott as the voice of an animatronic dog. Shot on 35mm film, it is a stark but moving adaptation of a graphic novella by comic book artist Marian Churchland. After a successful run of North America’s top genre festivals, including Fantasia, Fantastic, and Toronto After Dark, during which it garnered several awards, the film won the prestigious CineGear Independent Short Film Competition.

What carries over from LIMBO to this new group of shorts, is a grounded yet fantastical tone, best described by Scott Beggs at Nerdist as “just a hint of absurdity, winked at by the filmmakers, even as both Castillo and Elliott offer arid deadpan.”

The 16 films will be released over the course of one month, four films each week, beginning Feb 26, on Facebook, Vimeo, and Youtube. Each week’s drop of new films will be accompanied by a podcast with series creators Will Blank and Jake Bradbury, where they will give insight into the films, their influences and aims, and the production process that went into that week’s films. The podcasts will be available on iTunes.

Worldwide VOD launch February 26 at noon EST on Facebook, Vimeo and YouTube
Running times and synopsis below. In English. Not rated.