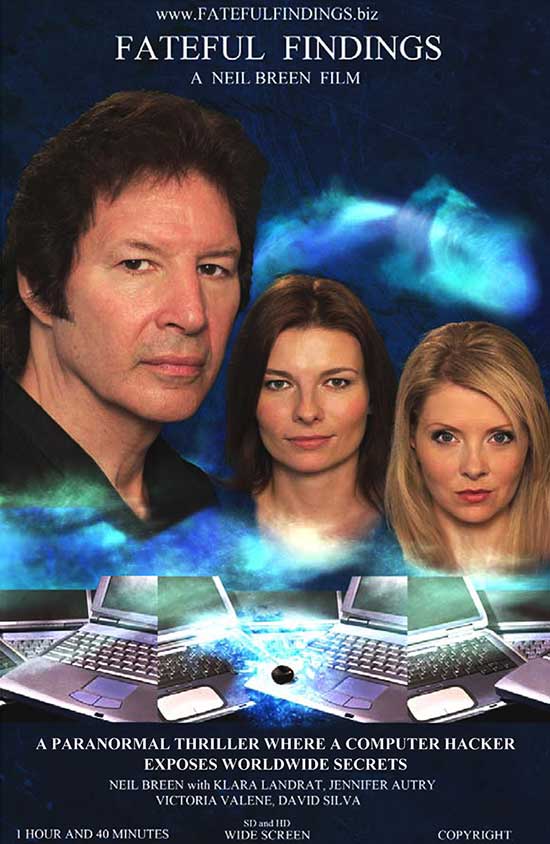 A computer scientist/novelist reunites with his childhood friend and hacks into government databases, while facing the dire and fateful consequences of his mystical actions obtained as a child.

I know that when I agreed to do reviews for bad movies, I knew there would be days where I would beginning to question my life choices. Being asked to review three Neil Breen movies was one of those days. Having had to sit through his first film, Double Down, I had a suspicion on what I was in for with this batch of films: pain. I was right. 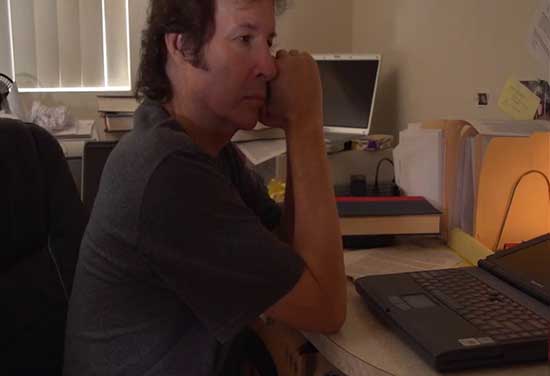 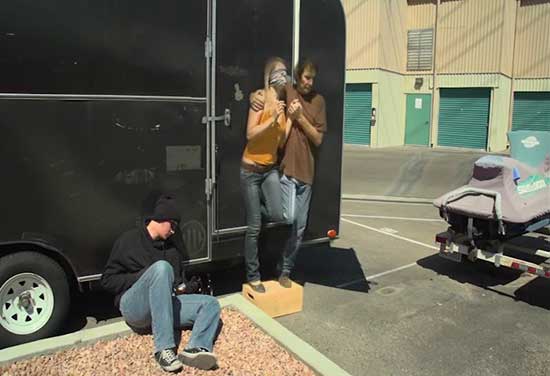 I’ll try to describe the plot of Breen’s third film, Fateful Findings, but before I have to go over what is one of the movie’s biggest problems: It makes absolutely no sense. This is due to the fact that there’s things going on that the Breen (again acting as writer, director, producer, and actor) doesn’t do a good job connecting a lot of the story’s different elements so it’s coherent. Trying to figure it out was like trying to put together a complex puzzle without knowing what the picture was supposed to be, as if the puzzle was designed by a deluded idiot who made it so the pieces don’t fit together correctly. For instance, there’s a hint at mystical powers at work, but Breen never shows us what it is and how it’s responsible for some of the things going on. It’s just something that seemed to randomly show up.

Having had some discussions with others, and having looked up other people’s interpretations of the plot, I think I was able to piece together what the heck was going on. Fateful Findings centers on Dylan (Breen), who at age 8 was in love with his friend Leah. While in a forest, they find a stash of mysterious stones, and Dylan decides to keep one. Shortly after, Leah’s family moves away and Dylan never sees her again. In the present day, after he’s done reflecting on those events, Dylan is hit by a car. While recovering from his injuries, he realizes that stone he kept as a child gives him mystical powers. Not only does it speed up his recovery, it also gives him the skills of a master hacker. Instead of working on a new novel, he begins to hack into different government databases so he can expose their corruption. As he goes deeper into finding secrets, the lives of the people around him begin to fall apart. The only beacon of light is one of the nurses from the hospital turns out to be the girl from his childhood, and a romance begins to blossom between the two. 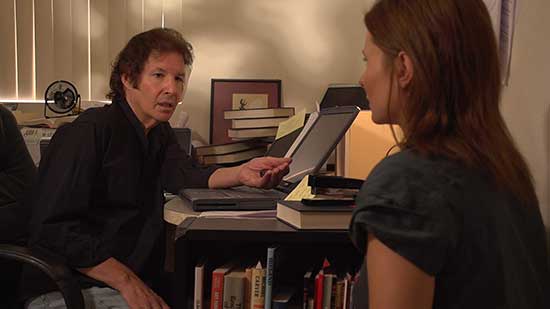 If you’ve watched a Neil Breen film, or read a review of his work, you might notice a familiar plot device popping its head up. That, of course, is the fact that Breen once again plays a character that’s blessed with mystical powers that allows him to do amazing things and use it to point out the corruption harming our society. Of course, he is the only one willing to do something about it. It allow for some lazy storytelling by resorting to more deus ex machina developments that’s common in his other works as well as in Fateful Findings. That’s probably why a lot of his movies have scenes taking place in a desert. It’s the only place on Earth that can handle the size of his ego. 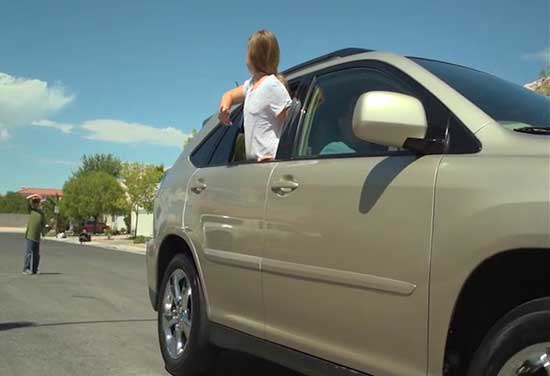 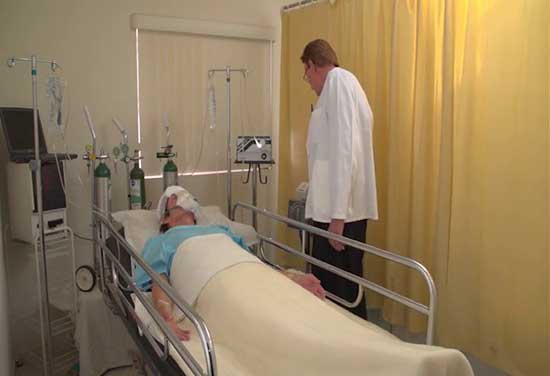 Furthering my belief is the fact that he always has his character interact with women half his age. Even the woman that plays his childhood friend that supposed to be the same age, is

twenty years old. Either she’s a time traveler, or Breen really hopes we’re too stupid to notice. Not only is it kind of dumb, her character flies completely in the face of logic unless Breen is really thinks that he doesn’t look his age (he does). Did I also mention that another character is supposed to be a teenage girl that’s trying to seduce him all the time? Yeah, it’s every bit as icky as it sounds. 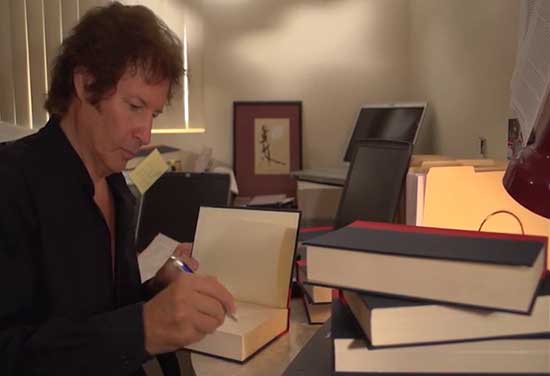 One of the things that I was surprised about was he actually had a couple of people with some acting experience this time around. However, the acting still manages to be completely terrible in every aspect. We still are subjected to actors who either give performances that make department store mannequins look lifelike, or people who don’t know any other style other than overacting. Granted, the few people that actually took acting classes don’t have much to help them since they’re given nothing to work with.

It would be hard for anyone to give do much with the horrible, stilted dialogue, they’re forced to spew. Nor does it help when their asked to go from one emotional extreme to another in one scene where there is no motivation to explain these changes. They’re forced to do things not because it’s logical but because Breen’s script requires them to do so. The way he has people interact with each other continues to give the impression that Breen still doesn’t understand how normal humans behave. The dialogue he’s written reinforces this, since it sounds like child’s idea of how adults talk. For instance, the villains once again talk to each other about how corrupt they are and all the different things they do to screw over everyone else. It’s the kind of thing you’d read in a comic book. If said comic was written in 1940.

Special effects, such as they are, are once again cgi that looks straight from the cheapest filmmaking programs can buy. They’re laughably bad, especially at the end when he’s trying to use green screen to make it look like he’s in a mansion or in front of some kind of government building. It couldn’t have looked more fake if he used a cardboard backdrop instead. 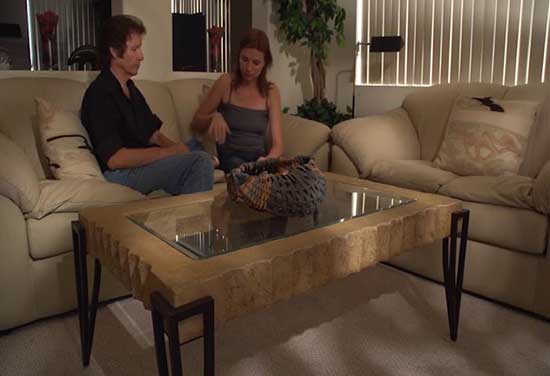 Actually, come to think of it, it might of looked better if he had.

The cinematography swings between kind of competent to hammered dog crap. I still can’t believe that he still will has shots where people are talking but the camera is fixed on their torsos. Most shots are just static and boring, and he doesn’t do any kind of shots that might actually help improve a scene or help build a mood. In the right hands, camerawork can help make a movie more dynamic and interesting. Breen is not one of those kinds of people.

Neil Breen manages to make another glowing example of how not to make a movie. He continues to fail in every way possible, and he somehow still manages to get movies made. His contributions to cinema should be shown at film schools, if only to tell people how NOT to make a movie. Out of all of Breens films, I found this one to be the worst one. That’s because it’s the least interesting and most annoying one. I didn’t find it to be entertaining in any form. It was a trainwreck, like every movie he’s made is, but Fateful Findings lacked that spark of unintentional hilarity that made Double Down and I Am Here…Now enjoyable. It’s kind of boring, and that’s one of the biggest sins it could commit.