A TROUBLED MAN IS TERRORIZED BY A HIDEOUS PUPPET HE CANNOT ESCAPE
POSSUM
The Unforgettable Horror Masterpiece Comes to DVD on February 12, 2019 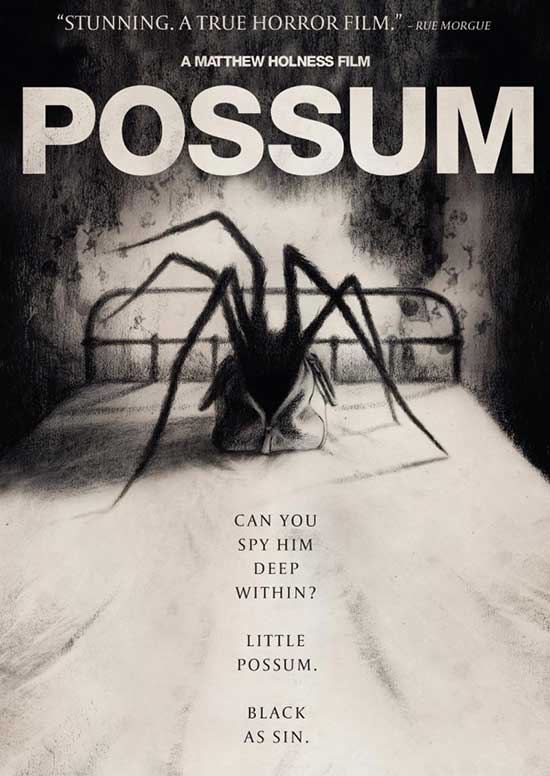 A man trying to escape his past finds his past continually chasing him down in POSSUM, a chilling new horror film featuring a “quiet storm” (Olly Richards, Time Out New York) of a lead performance by Mission: Impossible‘s Sean Harris. The film arrives on DVD from Dark Sky Films on February 12, 2019.
Philip (Sean Harris, Mission: Impossible –Fallout & Rogue Nation, Deliver Us From Evil), a disgraced children’s puppeteer, returns to his dilapidated childhood home and lecherous stepfather, Maurice (Alun Armstrong, Braveheart). Philip is intent on destroying “Possum,”a hideously malformed spider-puppet he carries with him in a brown leather case. Unfortunately, and horrifically, Possum refuses to be abandoned.
Philip’s mind is flooded with painful half-memories and nightmarish visions, and when he finds himself embroiled in a local investigation surrounding a missing boy, he grows progressively unsure of what’s real and what’s not. All the while Possum seems to mock his suffering at every turn.
A hallucinatory venture into a truly damaged psyche, Matthew Holness’(Garth Marenghi‘s Darkplace)POSSUMis a twisted trip of terror where both nothing and everything is exactly as it seems.
Adding to POSSUM‘s eerie atmosphere is an original soundtrack by the iconic electronic research lab The Radiophonic Workshop (Doctor Who).
Andrew Todd of Birth.Movies.Deathcalled POSSUM“a simple but overwhelmingly frightening horror story, wrapped in atmosphere so thick you could drown in it.””5 out of 5. You have never seen it’s like before, nor will you again,”said DanXIII at Horror Fuel. “Holness has created a new modern horror figure for our time that could stand alongside recent scaremongers such as The Babadook,“wrote Film Inquiry‘s Linsey Satterthwaite.
POSSUM
Release date: February 12, 2019
DVD SRP: $24.98
Running time: 87 minutes
Language: English
Not rated
Share 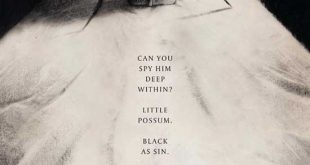