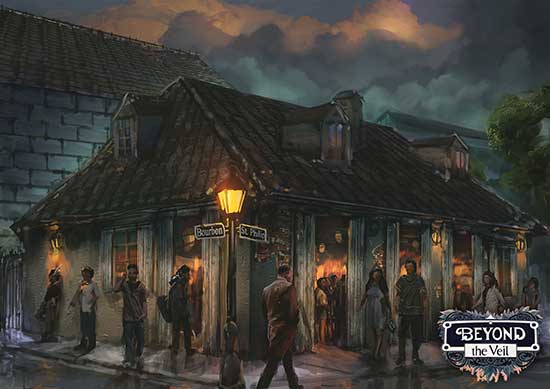 Beyond the Veil, an upcoming narrative horror game set in New Orleans. The title is available to wishlist on Steam, and today has announced new VO talent joining the project.

Developed by Sun’s Shadow Studios, the protagonist Kara will be voiced by Erika Ishii. Her previous works include roles in Dream Daddy, Bleach, Fire Emblem Heroes and several other film, TV and game projects including Geek & Sundry’s L.A. By Night.

“We’re thrilled to be working with Erika. Her voice perfectly encompasses the complex emotions that make the character unique. Kara needs to sound defeated, yet wizened- she is changed by her experiences in New Orleans, and she offers the player a grave, yet enticing warning. Erika nailed it and we couldn’t be more happy.”

The branching narrative in Beyond the Veil features thousands of pathways and over 18 endings, a jazz soundtrack recorded in live sessions, ambient sound recorded in New Orleans, and explorations of mortal, spiritual and cosmic horror. The game will launch on PC and iOS later in 2019, with more details coming soon.

Tags Beyond the Veil Erika Ishii