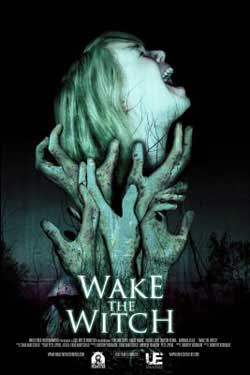 One hundred years ago, an angry mob, intent on justice for their murdered children, hang the woman they believe is the murderer. They brand her a witch, wrap her body in chains and bury it deep in the woods. Flash forward to the present – when Deb and her friends play a childhood game on the witch’s wooded grave, they open the door to death. As her friends and family begin to change into something less than human, Deb struggles to stop the witch’s curse. But her search for the truth will reveal an evil beyond her imagination.

Urban legends, tales of past legends or perhaps murmured talks among the old towns people… it seems every town has them and sometimes these legends end up being true. This tale revolves around the lives of 3 girls who by most standards are pretty typical teenagers talking about boys, relationships, hanging out and dealing with a variety of troubled family relationships.

Deb, Karen and Trixie are best friends who begin the story with a local forest photography session. With a chance to be in a rather high profile photography class, they set out to build a portfolio rather quickly. It is while walking thru the local forest called “wilderness park” that they come upon an old chain that is rumored to be associated with a local witch legend who was executed 100 years ago. As it goes, she was rumored to have killed off the towns children most of which have gone missing. It also appears that there was soem kind of old virus that was associated with it. Fearful and paranoid, the towns people retaliated by hanging her from a chain and then burying chains throughout the forest to contain her spirit.

The legend is pretty well known in those parts and so 1 of the girls dabbles a bit with the details of it. The legend is referred to as “Wake the Witch”. As you are probably guessing, this sets a darkness within the town into motion, though unknowingly. In fact, the story continues on with alot of play on the drama of the teens. Deb is dealing with a somewhat broken relationship and her current boyfriend while her other friends seem to be dodging the family lives as much as they can to avoid confrontations. Deb has a rather close bond with her brother Mark who has been acting rather odd lately.

People within the town begin to get ill in odd ways that start more like flu’s but are seemingly connected with a psychological disruption as well. Deb’s mother who has been ill, is also growing worse with each day. The movie has a pretty good feel to it but suffers from being too long for its own good. At clocking in a 2 hours, there was alot of drama which could have been left on the cutting room floor to keep the action up. I found myself getting sleepy during these parts but tried to endure until the action moments ramped up again. Within the forest seems to be a coven or such of hooded vampire cretins that lurk within the shadows and attack at chosen intervals. These were actually the highpoints that almost reminded me of the film “Them”. 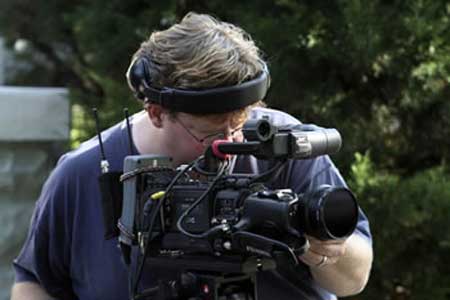 As it goes, the brunt of the film is focused mostly around the activities of Deb and her encounters. Stephanie Tapio as Deb Allen is an unassuming lead that actually does a good job for this being her debut performance. She is still young and has room to grow but her performance felt natural rather than forced which makes for a great start.

While the film suffers from too much content, at the heart is a genuine tale and some legitimate scares. The film is a first time feature directorial from newcomer Dorothy Booraem who I’m sure will also fine tune her productions in time.

Also special mention on the score (James Oliva) which from what I could tell really added that extra tension to the story. There was a few times, the rock music seemed a bit misplaced but overall its an impressive score for such a low budget style production. This is always a plus that helps to soften the blow on standard shot releases. Wake the Witch is not perfect but it has alot going on for it as well.