DAVID ALLEN’S LOST FANTASY FILM SET FOR RELEASE THIS YEAR!
Full Moon continues to build on our THE PRIMEVALS Indiegogo campaign, a project spearheaded by FX artist Chris Endicott and producer Charles Band and whose aim is to finally finish stop-motion animation icon David Allen’s final film. If you haven’t yet contributed, we have EXTENDED the campaign another 15 DAYS! There’s still time for YOU to be part of this amazing project! Check out the AMAZING and NEVER BEFORE SEEN behind-the-scenes shots of Allen creating key creature effects attached!
When Full Moon finally completes the film this year, THE PRIMEVALS will be be released as a Special Edition Blu-ray set that will feature two alternate edits of the film. The first will be the new, completed cut overseen by producer Charles Band. The second will be the “director’s cut”– faithfully assembled as David Allen intended. A third disc will premiere a feature-length THE PRIMEVALS documentary from Daniel Griffith of Ballyhoo Motion Pictures loaded with never before available behind the scenes and archival footage from the many years of this film’s amazing journey. 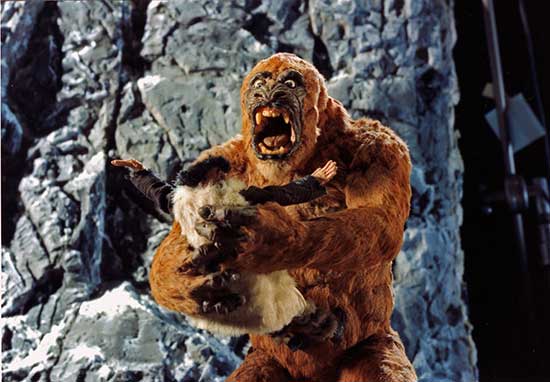 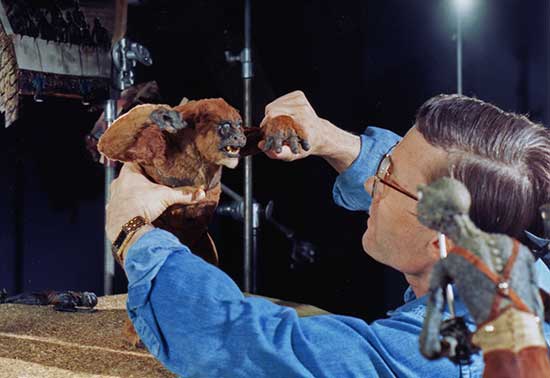 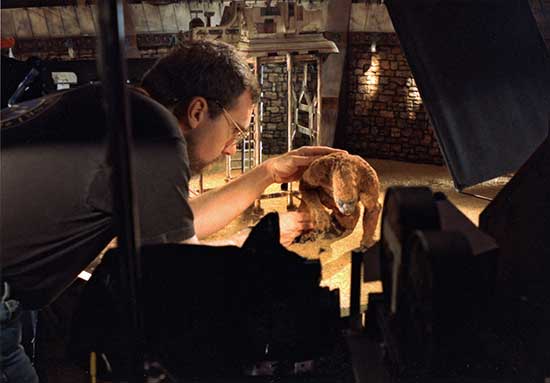 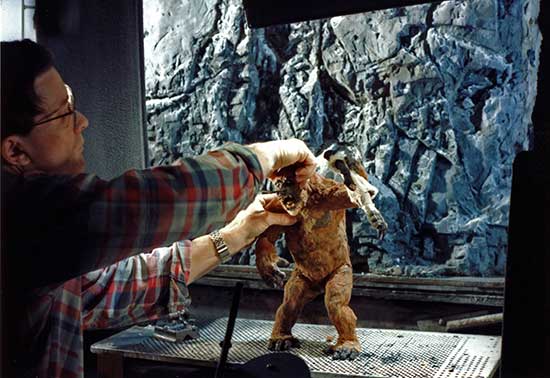 $100 Donation: THE PRIMEVALS Limited Edition Blu-ray
THE PRIMEVALS Campaign Exclusive! THE PRIMEVALS Special Edition 3 Disc Blu-ray set, complete with hardcover slipcase and a set of 12 THE PRIMEVALS postcards. The Blu-ray set features two cuts of the film and plus a feature length documentary. Limited to only 300 copies produced and signed by producer Charles Band.
So dive-in NOW and check out THE PRIMEVALS Indiegogo campaign HERE and find out how you can be part of this historical production!
Share