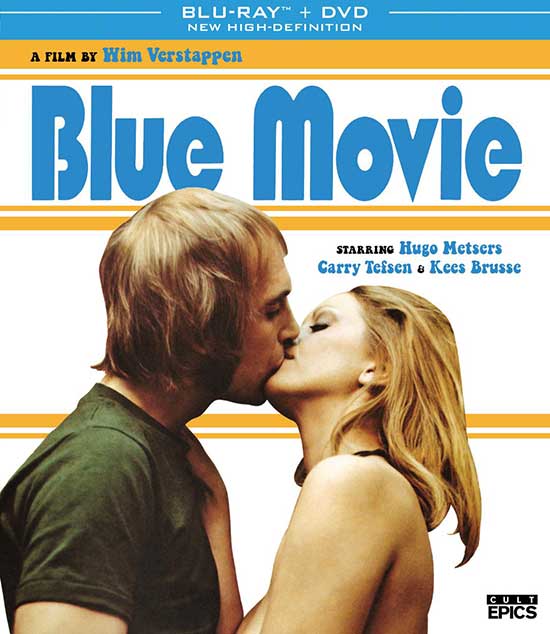 Blue Movie was the most controversial and talked about Dutch film upon theatrical release – a sensation that brought millions of visitors to cinemas. Produced by Pim de la Parra (Frank & Eva, Obsessions), and directed by his partner Wim Verstappen, Blue Movie was a breakthrough commercial hit for their company Scorpio Films – and the start of the Golden Years of Dutch cinema, also known as the “Dutch Sex Wave.” Presented by Cult Epics for the first time ever in High-definition on Blu-Ray & DVD – and featuring cinematography by Jan De Bont (Turkish Delight, Private Lessons, Basic Instinct) – now see for yourself what all the commotion was about!