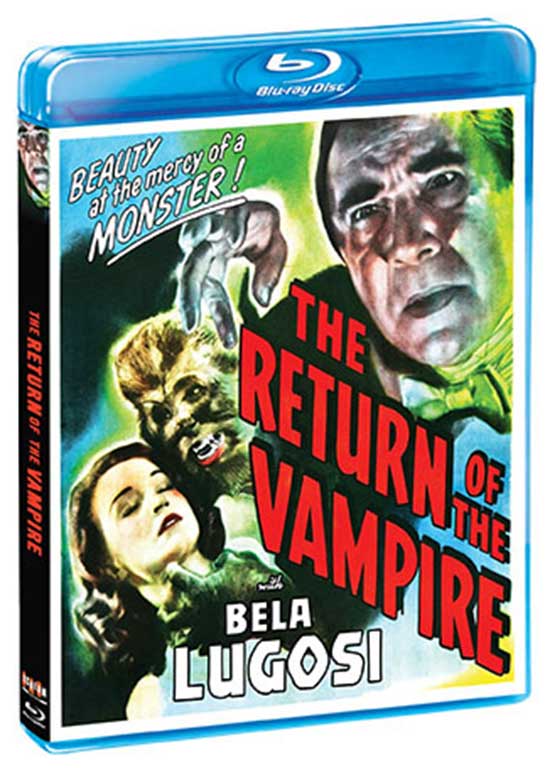 In 1918, Armand Tesla (Bela Lugosi), a 200-year-old Hungarian Vampire, prowls the English countryside, feeding from the jugulars of the villagers. But Tesla’s reign of terror is interrupted when a pair of scientists, Lady Jane and Sir John Ainsley, drive a railroad spike through his heart. The “un-dead” Tesla remains safely entombed for two decades until the impact from a stray Nazi bomb accidentally releases him.

Along with his werewolf servant Andreas Obry, the resurrected vampire now plots vengeance on the family that put a halt to his nocturnal feasting. On February 19, 2019, SCREAM FACTORY™ is proud to present Bela Lugosi’s cult classic THE RETURN OF THE VAMPIRE on Blu-ray. Directed by Lew Landers (The Raven), this blood-curdling horror classic stars Bela Lugosi (Dracula), Frieda Inescort (A Place in the Sun), Nina Foch (Spartacus), and Miles Manders (The Man in the Iron Mask). A must-have for movie collectors and loyal fans of Bela Lugosi, this definitive Blu-ray release contains new audio commentaries by film historians, special features and more! Pre-order is available now at ShoutFactory.com.

Tags THE RETURN OF THE VAMPIRE