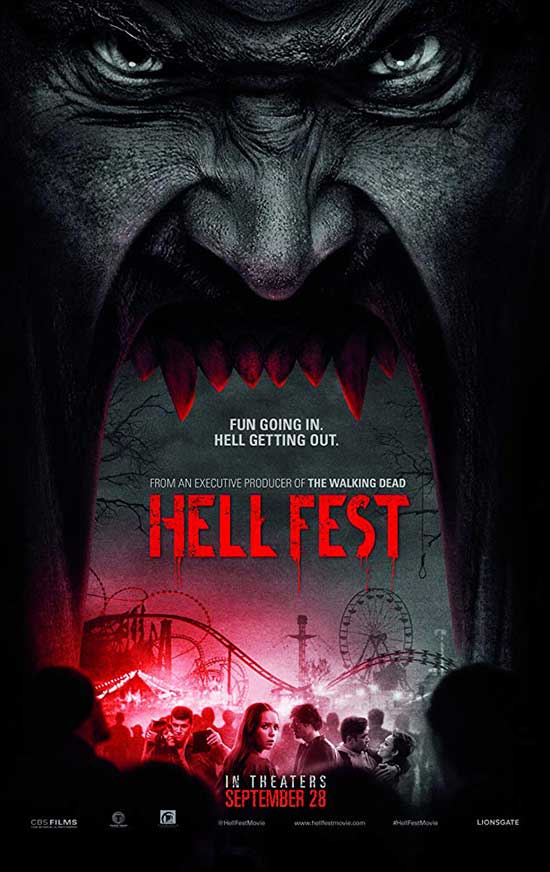 A masked serial killer turns a horror-themed amusement park into his own personal playground, terrorizing a group of friends while the rest of the patrons believe that it is all part of the show.

Remember the opening sting of Scream 2? At the premiere of the new horror movie Stab, Jada Pinkett-Smith is gutted by Ghostface in front of a packed cinema. The audience whoop and cheer on the killer believing the butchery to be part of some over the top warm up show. Hell Fest, the second feature from Gregory Plotkin (Paranormal Activity: The Ghost Dimension), takes that idea and runs with it for just under 90 minutes with minimal to no success.

Cute as button Natalie (Amy Forsyth, Channel Zero) has been set up on a date with loveable loser, Gavin (Roy Attal, The Long Road Home) by her friends Brooke (Reign Edwards, The Bold and the Beautiful) and Taylor (Bex Taylor-Klaus, Arrow). The catch? They’re going to be spent it at Hell Fest, the country’s most EXTREME horror traveling theme park! You see how I put extreme in capitals? That’s how extreme it is. 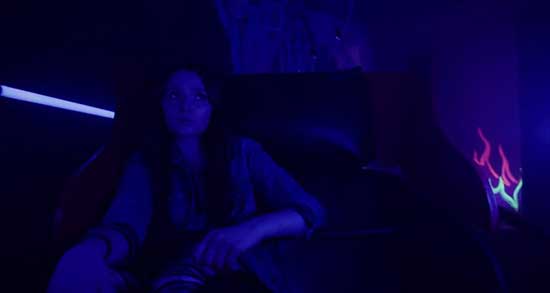 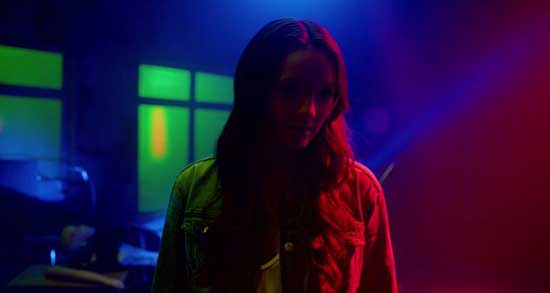 Unbeknownst to everyone, a masked killer is using the theme park as his own personal slaughter house, cutting people up in its ghost houses and mazes to the delight of the great unwashed. Choosing Natalie as his next victim, the killer starts slashing his way through her friends in the hopes of asking her out on a date. Only kidding, he wants to slash her too.

If you have seen any slasher movie made since the dawn of cinema then you’ll know what to expect from this disappointing affair that fails to do anything with its concept. Kids take drugs, people get cut up and there’s an awful lot of running to do. It’s all about as subtle as an oversized mallet to the face, which incidentally, is how someone gets bumped off in Hell Fest. I won’t tell you who as we need to retain some kind of tension. 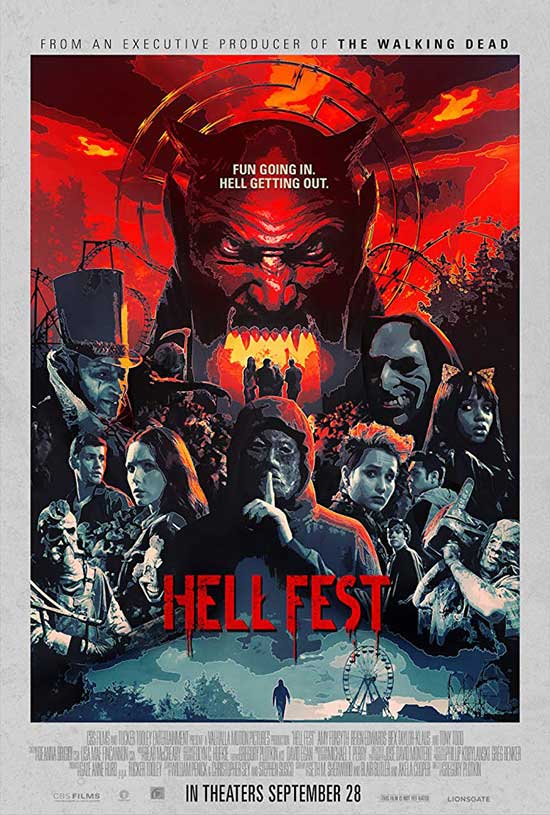 Films like this can often be critic proof as no matter how bad you’re told a film is, you’re likely to dig it up for late night viewing anyway. Hell Fest isn’t bad through and through. Plotkin has a decent hand on the camera, directing a film that manages to overcome its clearly meagre budget. With its bright colors and deep shadows, it all looks pretty slick and suitable enough for a blood bath. No, Hell Fest’s main problem is that it’s more of a Snooze Fest. See what I did there.

A large part of the film finds us following Natalie and friends as they stagger from one of Hell Fest’s attractions to the other. They giggle, they scream, Natalie and Gavin make gooey eyes and then we’re onto another maze. Admittedly, the suggestion could be made that the screenplay is trying to ramp  up the tension, making us wonder when the killer will next appear. However, seeing as we follow him as well in certain scenes, we pretty much always know exactly when he’s going to jump out. In the end, we’re just watching the cinematic equivalent of someone’s home movies of Disneyland. Bobby Roe’s The Houses October Built had a similar issue. You can only use fake outs to scare people so often, before they eventually become desensitized to it all. 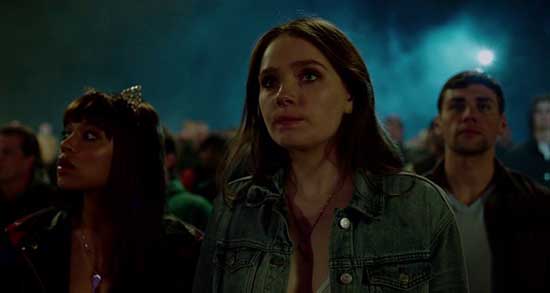 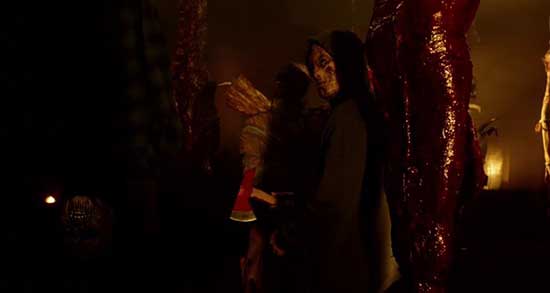 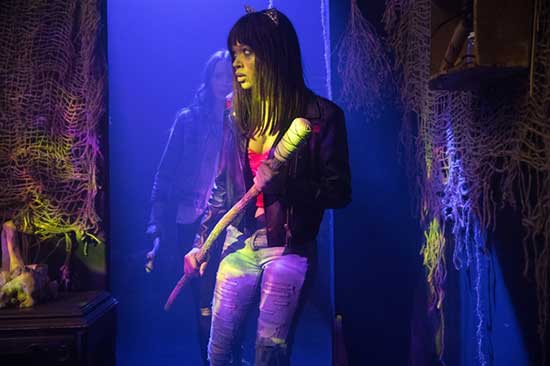 Performances are a mixed bag with Taylor-Klaus appearing to be the only one having fun. To be fair to the actors, it’s hard to pull out your A-Game when the screenplay you’re working from is bereft of memorable dialogue. A screenplay that’s the sum work of five people, I might add. FIVE! That just feels unforgivable.

If you’re a slasher maniac, then you might be able to mine sift some nuggets of gold out of the whole affair. You could make a game out of trying to work out which other films the movie is paying homage to in its action. Spoiler alert: It’s all of them. However, if you want a horror that’s a bit more taxing, then you don’t want to take a ride on this one. 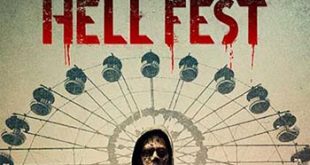 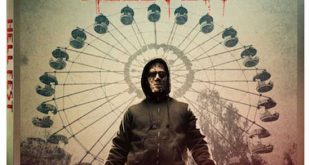 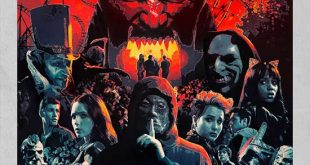 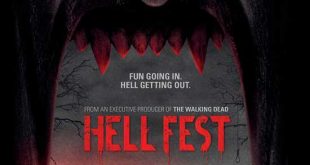