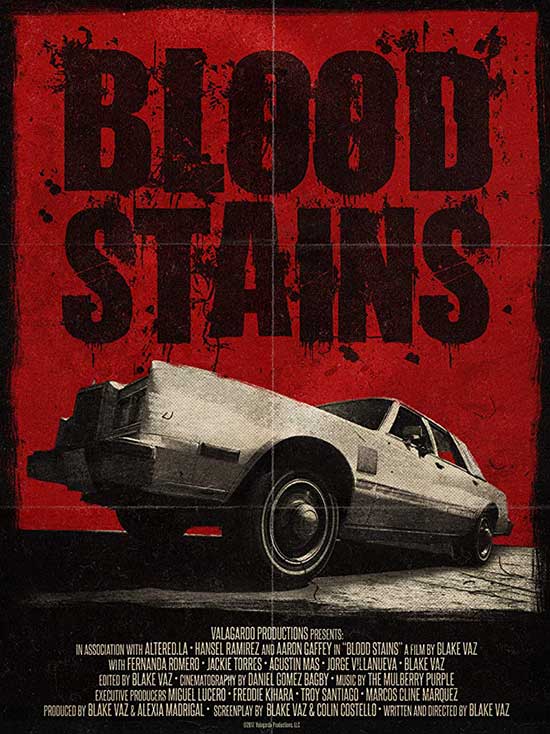 Leaving his band and girlfriend behind to become a star in America, an ambitious singer meets a mysterious hitch-hiker with a plan.

Blood Stains is a rock and roll thrill ride. Inspiring Rockstar Laz played by Hansel Remirez wants to join Rock and Rolls elite. Inspired to conquer the unforgiving LA. music scene. Hasn’t everyone wondered how far they are willing to go or sacrifice to succeed? Laz leaves his band and girl friend in Mexico travelling to Los Angeles. The dusty road leads Laz to an isolated gas station. While stopping got cigarettes and fuel he encounters a stranger who is broke down needing a ride. The mystery stranger offers to pay for the gas and expenses of the trip if the rock star hopeful will provide the ride.

The mysterious stranger Seth played by Aaron Gaffey offers a stellar performance. Seth is surprisingly creepy and features great lines. The trip starts out like any other until Seth seems to knows a lot about Laz’s past and his ambitions. Blood Stains  tone is reminiscence of Quick Silver highway that featured short stories from horror royalty Stephen King and Clive Barker. 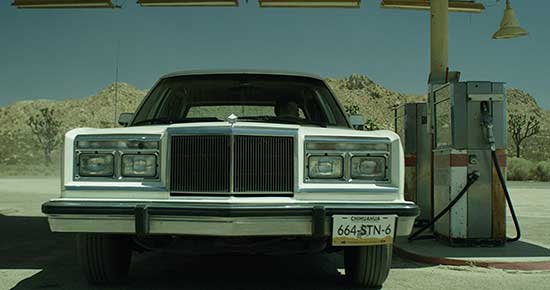 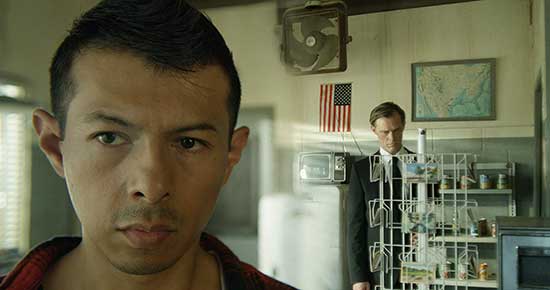 The film features some bloody lustful erotic scenes that the horror fan in me would love to see more of. The seemingly drug crazed glimpses tell a story on there own nestled into the movie. As the journey continues on between the Rocker and Stranger the underlying question is what would you do to have everything you dreamed of. What would you sacrifice and what price would you pay. Without giving any spoilers this movie satisfies yet leaves you curious. It also features a band The Mulberry Purple that is pretty damn good if I say so myself. check this short film out and if you agree with me lets hope that director Blake Vaz makes his deal with the devil so we can see more from him on screen.