Daemon_9’s New Year Special Sale is Now Live on Steam!
Start 2019 with a thrill. Play the FMV game that has horror fans freaking out! – Now at a 50% discount! 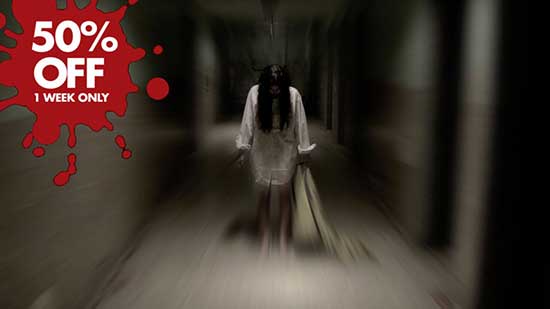 5th January, 2019 : Daemon_9, an FMV horror game that released on Steam recently has announced its first ever deep discount sale on Steam. In this ‘New Year Sale’, the players can purchase the game 50% discount for next 7 days.
Daemon_9 is an indie game that combines the thrill of a found-footage horror movie with the mystery-solving challenge of games like Her Story. Players must solve a supernatural crime using only found images, information, and video footage, both within the game and out on the web — before they become the next victim.
This indie game is produced and developed by Jeffrey Jackson, a Los Angeles-based filmmaker with a diverse background in storytelling and web development. He wrote, directed, edited and programmed it all nearly single-handedly over the past several years.
Originally Daemon_9 was a purely web-based experience released in late 2017, where the game communicated with players with real SMS and E-mails. But with the Steam version this functionality in integrated within the game itself.
Official trailer: youtu.be/mvIFw4Zvmpg
KEY FEATURES
*   Solve the supernatural mystery that’s told full motion video (FMV) content.
*   Experience the story through found images, information and live-action video clips shot by an indie film director.
*   Realistic supernatural crime solving experience*
*   Play under intense time pressure as you either save the girl or become the next victim.
*   Breath-taking scenes enhanced with high-end audio & visual effects.
PRICING & AVAILABILITY
Daemon_9 will be on sale starting 5th of January, 2019 (Windows/Mac/Linux) for $4.99 – 50% off the game’s retail price during this New Year Sale.
DAEMON_9 STEAM STORE:
store.steampowered.com/app/892690/Daemon_9/
ABOUT THE DEVELOPER
Daemon_9 is the brainchild of Jeffrey Jackson, a multimedia artist based in Los Angeles. Jeff blends a strong background in graphic design, storytelling (he is an accomplished filmmaker and playwright), and full-stack web development. Jackson largely created Daemon_9 single-handedly, writing, directing and editing the full-motion video segments as well as tackling the game programming.
Share