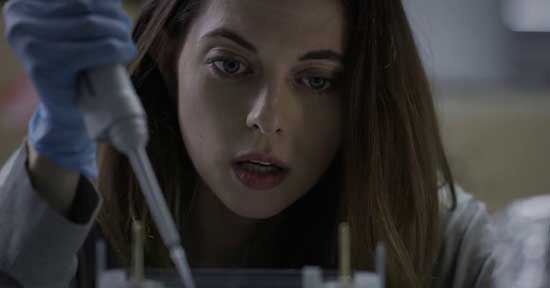 When Mayra, a young scientist, believes she has been sexually harassed by her renowned boss, she finds a dangerous new power awakened inside her. After a late night in the laboratory where she works as a research assistant, Mayra has no recollection and suspects she has been sexually assaulted by her renowned boss. When she tells her friend about the incident, she is confronted with doubts. As time passes she becomes further distressed as she discovers she may have a power she never knew about. When she once again finds herself alone in the lab with her predatory boss, her power manifests itself to an explosive end.

So here, we have a short film called The Gaze. This short raises the flag for social injustice all while glorifying hypersensitivity. The film then leads to a climax that most SJW’s have only dreamed of. The Gaze comes from a production company called Unbundled Underground. And this is the first horror short from writer/director Ida Joglar. Joglar has experience in film production but not in the horror genre and it’s obvious. While the film is nicely shot with strong acting, plot holes and inconsistencies appear throughout, making it hard to take serious. I can’t help but feel this film harbors a hidden agenda.

The Gaze follows Myara, a woman who suddenly discovers her telekinesis powers. Mayra uses her powers to stop sexual harassment from her boss – Dr. Booker; a prestigious scientist. Booker’s interactions with Myara (obvious foreshadowing) portrays a sense of dread. Mayra works late one night when Booker offers her caffeine by way of green tea. She accepts and the two disappear into his office. Before the screen goes black, we see a window from Booker’s office completely shatter, seemingly for no reason. The following morning, Mayra is confiding to her BFF Jenny. Mayra explains that she had an “episode” while in Dr. Booker’s office, followed by a little sexual harassment. Jenny tries to put her friend at ease but fails and looks like a jerk in the process. Later, the girls arrive at a party being thrown by Lucas, a mutual friend of the girls. Jenny lets Mayra in on a little secret that Lucas has a crush on Mayra and she should go talk to him. Lucas and Mayra sit alone in his room enjoying a conversation about TV guilty pleasures when Lucas comes on to Mayra. She shoots him down when he offends her (he calls her beautiful). Mayra, who is now pissed, leaves the room and we see a wine glass cracked and leaking. The next morning, we see Myara sitting at a desk trying to move a pencil with her newly discovered telekinesis powers but only manages to crack a glass of milk. 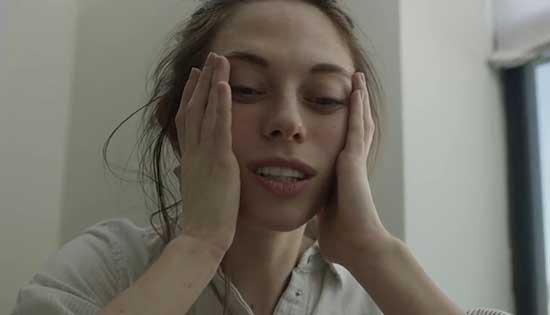 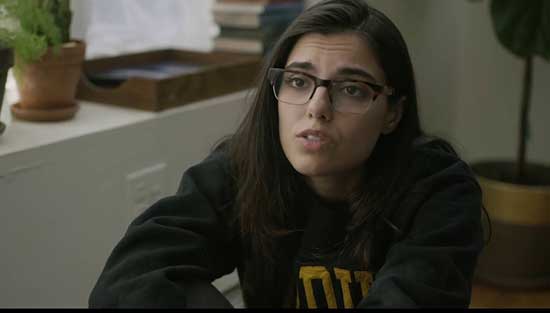 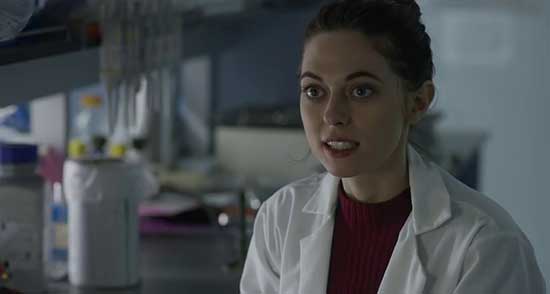 We find Mayra is working late again. Dr. Booker offers green tea again and for some damn reason she accepts! While pouring tea we see Booker do something to one of the cups. A minute after drinking the tea Mayra becomes lethargic. This time Dr. Booker wastes no time and aggressively tries to put his sleazy hands all over Mayra. She begins to resist and it looks like Booker will not be taking no for an answer. Suddenly he stops, sitting still for a second he stands and begins to scream in agony while backing away from Mayra and at this point she exacts her revenge on no good Dr. Booker which is both nasty and down right hilarious.

This theme has been used before in movies like I Spit on Your Grave, Last House on the Left, and Carrie. Unlike those films, this one lacked character impact. Mayra comes off more of a bitch and less a victim for the majority of the film. Joglar misses a great opportunity to make Mayra look like a true victim In the opening scene. The camera should have followed the characters into Booker’s office where some heinous debauchery takes place. Solidifying the viewers hate for Booker and love for Mayra. Films like this need to come out swinging and quickly establish its characters then allow the plot to unfold. Spoon feeding the audience in a short film is a good thing. It allows the director to concentrate on other more important parts of the film like plot and script issues.

Horror fans should not pass this one up. With an epic ending, I promise you wont be disappointed.  I recommend this film with ONE HELL YES!

I am an enormous fan of all things horror. My first clear horror movie memory is 1990 remake of Night Of The Living Dead. I was nine and couldn't sleep for (at least) a week! As of now, my favorite movie is Martyrs 2007- hands down. I like films on the extreme side, but not Green Elephant or Maria Dora type of extreme. By trade I am a metal guitarist, so writing reviews is a new venture for me. I'm just a hardcore fan who wants to share opinions with other hardcore fans. 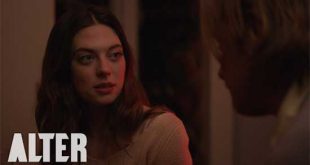 Rate This Movie SYNOPSIS: Upstairs neighbors can be a real terror. REVIEW: Directed and written …