Horror cinema is riff with franchises. It’s both a burden and something of a joy to shift through the countless series based on anything from child-cults to murderous cookies. What isn’t so fun is when a promising set of films goes unfinished leaving fans wondering what might have been. Those are the sort of films we’re talking about today as we look at 8 examples of unfinished horror trilogies.

Among the pantheon of great 1980s horror, Fright Night holds a special place in many fans hearts. The tale of a young man battling his vampire neighbor with the aid of a washed-up horror star has earned classic status thanks to it’s fun and adventurous tone combined with fantastic performances by Chris Sarandon and Roddy McDowall. 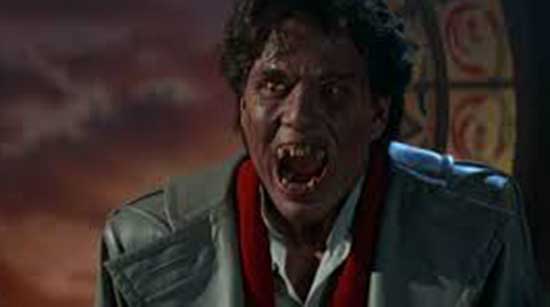 While the second entry in the series didn’t, and still doesn’t, receive anywhere near enough love there was still interest in developing another outing for Peter Vincent and his adoring fan Charlie. What put the film in the grave was a graphic crime that made national headlines. In 1989 the Menendez brothers gained instant infamy when they brutally murdered their parents. Their father held the franchise rights at the time of his death which caused Fright Night Part 3 to fall apart along with a few other productions. The franchise would see some activity years later with a lame remake that received its own direct-to-video sequel which essentially served as yet another lousy remake.

International cinema was a hot ticket item during the early years of this century. All sorts of film movements crept in like the j-horror boom, the rise of hardcore French horror, and South Korean thrillers began to grab our attention. One of the most unexpected of these was the sudden appearance of Nightwatch, a massive Russian blockbuster with plans to be the absolute genre trilogy for the time.

The first two entries were massively successful in their homeland and performed quite well overseas. It’s easy to see why with the combination of Russian culture, monsters, and a kind of rock & roll aesthetic. It’s almost like the cool kids version of Nightbread trading the fairy tail qualities for a dirty street vibe. 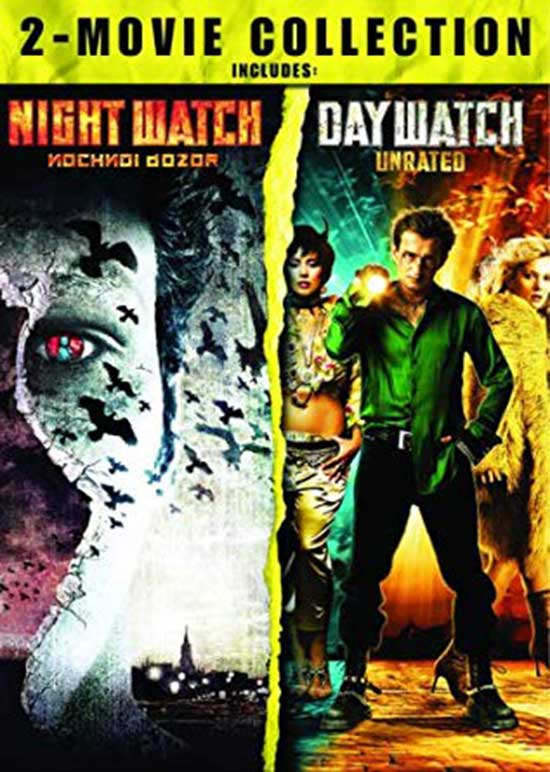 Another element building excitement for the final entry was how the series had wrapped each title thus far. The first finished out with the kind of dark twist generally reserved for a middle entry while the second had a happy ending that tied up a good deal of plot. The final installment was free to go in all kinds of directions.

So what happened with the third film? That’s a complicated tale. 20th Century Fox looked into bringing the series stateside for the next installment, utilizing the bizarre ending of Daywatch to create something that was both a sequel and a reboot. Some talent from the original films would be kept while new American characters would be thrown into the mix. Somewhere down the line, this project either fell apart of was set aside and forgotten about as neither Fox nor the original Russian production company put together the last movie. Director Timur Bekmambetov went on to launch an English language career beginning with Wanted followed by legendary box-office bombs such as Abraham Lincoln Vampire Hunter and the recent remake of Ben-Hur. Most likely this series he found his success with will be rebooted rather than completed.

After cutting their teeth working on franchises like Feast and Saw, Marcus Dunstan and Patrick Melton set to work on a project of their own design. The concept was a cat and mouse thriller of a thief locked in a house with a vicious masked killer which resulted in an excellent film called The Collector. A few years later the duo crafted a sequel titled The Collection which expanded the series scope and lore. The pair had an idea for a third and final installment known as The Collected only nothing came to pass. They eventually reunited with star Josh Stewart for another film called The Neighbor that offered a similar vibe but failed to make up for the missing installment in their flagship series. Everyone involved could still manage to put together the last film though it remains to be seen if there’s enough interest from fans or studios. 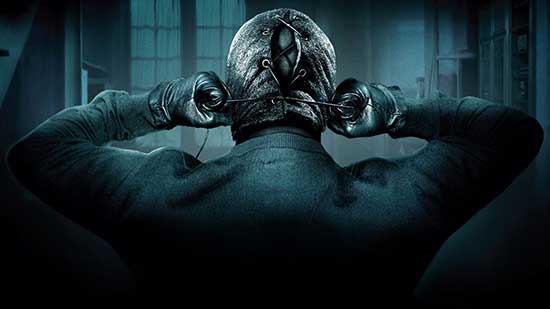 There’s a very high chance most of you have never heard of this film, or at best know it under an alternate title when it appeared on Mystery Science Theater 3000 as Being From Another Planet. Time Walker is frankly a pretty lackluster affair though one that still manages to entertain due in large part to its ridiculous premise that adds sci-fi elements to an otherwise classic Mummy movie scenario. 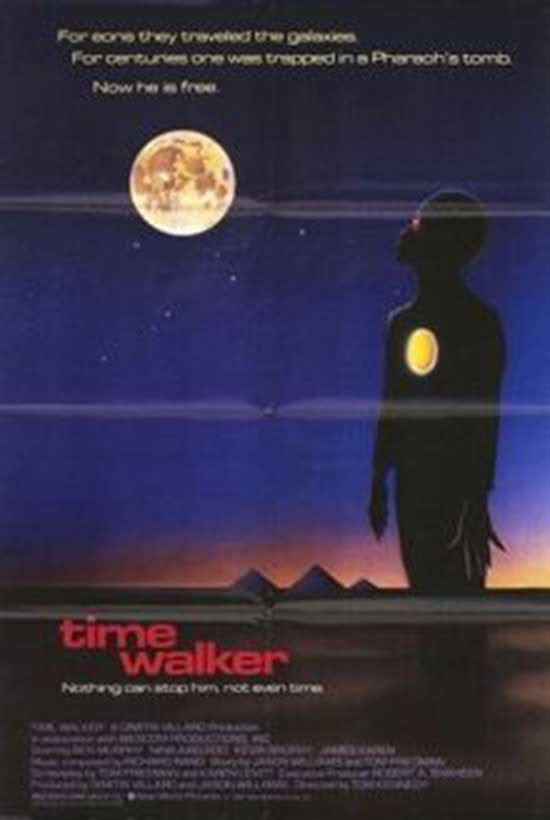 A California college has gotten their hands on a new mummy which they plan to exhibit for good press. During x-rays of the sarcophagus one of the students finds a sub-compartment filled with precious gems so naturally he steals them. Before you know it the mummy is awake and causing havoc in search of his shiny stones. What sets this apart is that the mummy is actually an alien who instead of needing objects for a spell requires them to activate his technology. And instead of cursing and murdering people this mummy prefers to burn his victims with mold.

Despite being generally inept, poorly lit, and made on a shoe-string budget, the filmmakers actually had the stones to end this one on a sudden cliffhanger and the words “to be continued.” Since nobody saw or cared about the movie a sequel never reared its ugly head. And while there may have been no intent for a proper trilogy let’s face facts. If you’re trying to make a franchise out of an alien mummy you’re not gonna stop at part 2.

You may be saying to yourself “wait there are three Jeepers Creepers movies, aren’t there?” Well yes only the third isn’t what fans were promised at all. 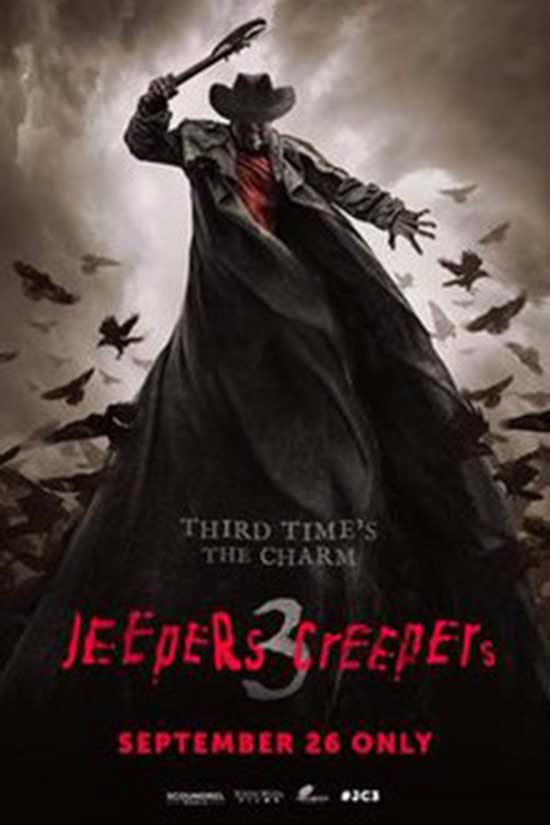 For years director Victor Salva talked up a proper follow-up to the original story, originally set in the future, though time has caught up with him meaning it would now be the present. The film would follow original leading lady, Trish as she attempts to defend her son from the monster that hunted her family before. Once cameras were finally rolling on a third movie everyone assumed this is what we were getting until it turned out to be an entirely different plot based between the first and second films that provided some set-up for the planned Cathedral installment while raising far more questions than it answered. While this series is technically now a proper trilogy, it’s not the one fans were waiting for.

Godzilla continuity is a daunting topic to say the least, with different branches, alternate universes, and time-travel to add a little extra spice. Nowhere is that better represented than during the millennium era which served as a sort of anthology with each installment building on the original film’s concept with little regard for anything else. Some of these films even ended with hints for potential continuations without ever having a proper follow-up. This practice suddenly changed when Godzilla Against Mechagodzilla was followed by Tokyo S.O.S. Not only did one serve as a direct sequel to the other but their history included other Toho monster flicks like Mothra and Space Amoeba. 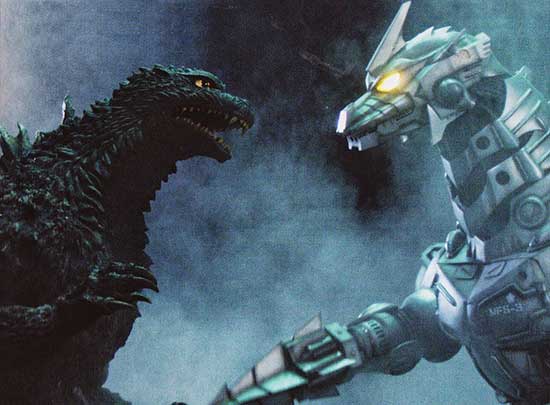 While these two films may not represent the absolute best the franchise has to offer, they still provide some solid kaiju entertainment which made it all the more intriguing when S.O.S. ended with a potential hint for a third part. This comes in the form of an after-credits scene where we see a group experimenting on different sets of monster DNA in order to create new lifeforms. Sadly this idea was never built upon as Toho decided to send out the Millennium series with Ryuhei Kitamura’s righteously fun Final Wars. The Big-G was on hiatus for the following decade before reemerging in Legendary Entertainment’s new interconnected monster universe, along with Toho’s own Shin Godzilla and the animated Godzilla Earth trilogy, all of which operate under their own continuities.

Waxwork 3 Through the Gates of Time:

Long before Cabin in the Woods was even an idea the Waxwork franchise was the embodiment of a kitchen-sink approach to horror. Both films feature everything from ghosts, zombies, aliens, man-eating plants, vampires, if it kills people it’s probably in there. While the first focused solely on a Wax Museum the second switched to a time-travel formula which would have continued to serve as the basis for a planned third entry. Sadly the usual pitfalls of shrinking budgets and poor returns on the second film sent the series to an early grave. If any franchise is begging for a relaunch it’s this one. 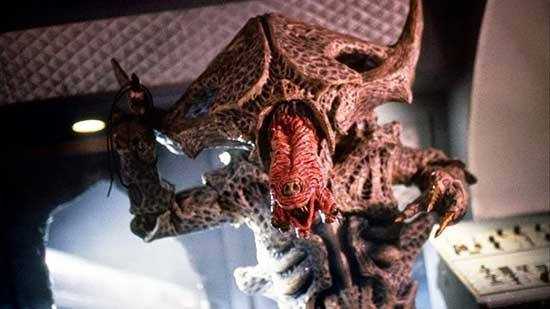 File this one under personal interest. Of the massive amounts of straight-to-video 90s schlock, Jack Frost stood out thanks to a ridiculous premise and Christmas spirit. The follow-up took a shift towards holiday vacation tropes mixed with a sort of Gremlins/Critters vibe that didn’t strike as much of a cord with audiences. The wrap-up hinted at Jack becoming a giant kaiju style threat for future outings that have never emerged. 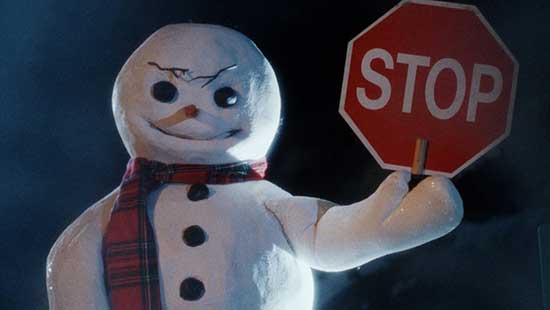 I can’t speak for the rest of the horror community but I for one could stand a silly Christmas kaiju flick. The director has hinted that he’s game for making it should the opportunity arise. Guess that makes us responsible for getting the word out. Let’s make a better world with movies about giant killer snowmen.

Believe it or not this is just a small sampling of the incomplete franchises floating around. Which do you find the most irritating? Do you still keep your fingers crossed for 28 Months Later? Does it bother you that Toho had to turn one of their King Kong flicks into a Godzilla adventure? Sound off in the comments.