DAWN OF THE DEAD 40th Anniversary Album Release from GOBLIN 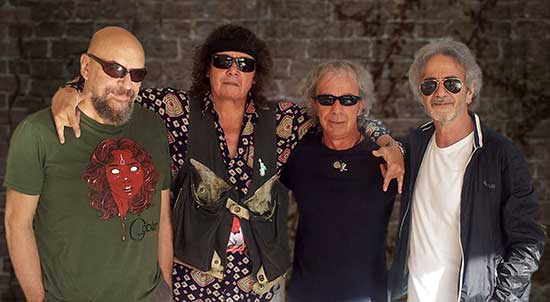 Exactly 40 years after the release of the Original Soundtrack for George A.Romero’s masterpiece Dawn of the Dead, at the decree of fans, critics and media worldwide, the official current line-up of GOBLIN is unleashing a commemorative studio album, FEARLESS (37513 Zombie Ave).

The celebratory album unveils reimagined versions of the most significant tunes from their original iconic soundtrack, as well as new arrangements of two tracks from Suspiria.

FEARLESS (37513 Zombie Ave) will be released December 24, 2018, available on Vinyl and CD, as well as a special Limited Edition Camouflage Vinyl. It is available for pre-order now at shop.backtothefudda.com.

For more than four decades, iconic Italian progressive rock band Goblin have become internationally known for paving a timeless path of classic musical compositions for horror film legend DARIO ARGENTO, most notably creating the original soundtracks for Argento films Profondo Rosso (1975), and Suspiria (1977), and continue to be a leading influence in horror music through the subsequent decades. Goblin also released various recordings of non-soundtrack original material over the years. In the past decade Goblin toured around the world to bring their work live to international fan praise and critical acclaim.

The current official line-up consists of Massimo Morante, Maurizio Guarini, Fabio Pignatelli and Agostino Marangolo, all of them part of the historic line-up in 1975.

Tags Dawn of the Dead 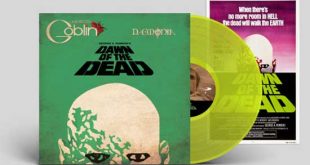 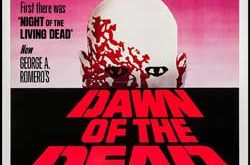