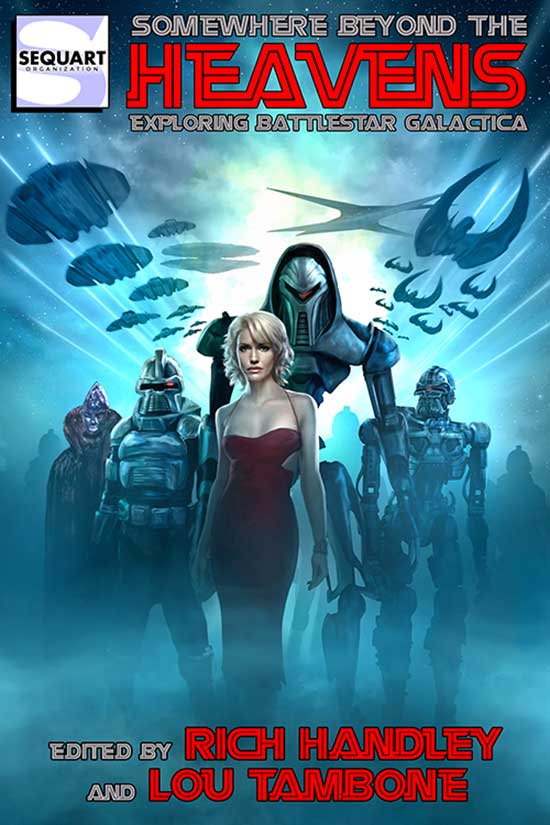 Sequart is proud to announce the publication of Somewhere Beyond the Heavens: Exploring Battlestar Galactica, edited by Rich Handley and Lou Tambone.

Glen A. Larson’s Battlestar Galactica only lasted for a single season, yet it earned its place among the most beloved science-fiction shows of all time. In 2003, Ronald D. Moore reimagined the story. This new take proved hugely popular, revitalizing the once-niche franchise. Moore’s Galactica successfully accomplished something few reboots of classic TV shows have ever managed to do: surpassing the original in scope and longevity. Like the Cylons, Galactica had evolved.

You say you want to know more about Battlestar Galactica? So say we all.

The book runs a massive 572 pages, making it the longest book in Sequart history!

Somewhere Beyond the Heavens: Exploring Battlestar Galactica is available in printand on Kindle. (Just a reminder: you don’t need a Kindle device to read Kindle-formatted books; you can download a free Kindle reader for most computers, phones, and tablets.) Find out more on the book’s official page or its Facebook page.