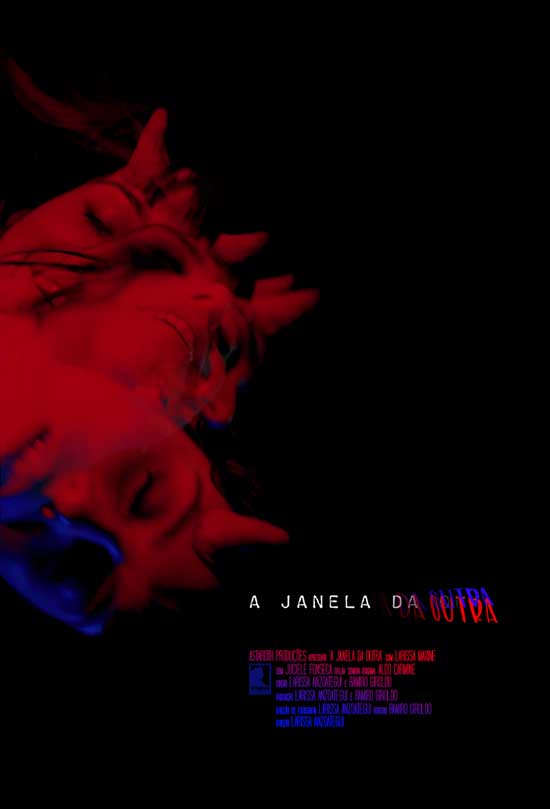 Who is on the other side of the window? The delirium, the paranoia and the fusion

Written by Ramiro Giroldo and directed by Larissa Anzoategui (the Brazilian husband and wife duo that also created Red Hookers, Fatal, and Astaroth), A Janela da Outra (or The Window of the Other) is a story that treads in a world not completely our own. This is a short film, only about 10 minutes long, that teeters the line of horror and science fiction, with as much influence drawn from David Lynch or Andrzej Zulawski as from Kevin Tenney’s Night of the Demons, and with a healthy dose of X-Files in there as well. While most of Anzoategui’s films are more straightforward and feature a good dose of bloody violence, this one takes a distinctly different approach, one that might be as confusing as it is interesting.

A Janela da Outra has but one star: the lovely Larissa Maxine, in the role of Ela. The film opens with Ela sleeping in bed, or at least trying to; she seems more uncomfortable than anything. Eventually she concedes to whatever is keeping her up, throws off her covers, and feels a strong urge to look outside. There is a bright white glow radiating from somewhere just outside her window, its source unknown. She goes to the bathroom and swallows a copious amount of pills – what kind, we don’t know – and when she looks in the mirror in front of her, she notices that she has small horns sprouting from the front of her head. But when we, the audience, watches her look at herself, we see that there are no horns, at least from our point of view. Just before she panics over her new demonic appendages, she wakes up, sitting up in bed with an urgency anyone who has ever had a nightmare can relate to. But was she dreaming? 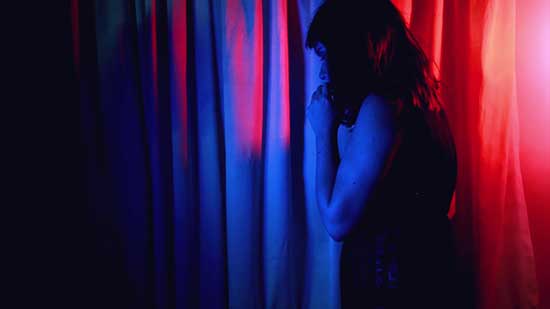 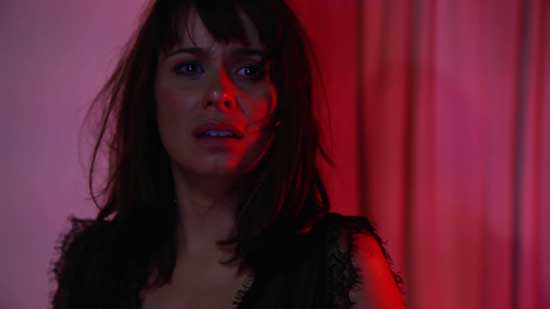 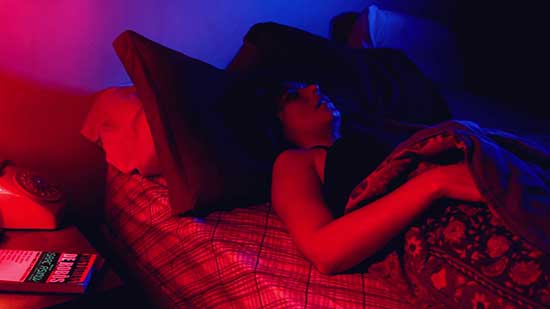 Anzoategui and Giroldo opt for a very simplistic, bare bones set up for their short film. There is one setting, that being Maxine/Ela’s modest apartment. There is no dialogue whatsoever, leaving the images on the screen and the actions of the character(s) in charge of telling the story. And, as mentioned before, there is only one actor utilized, that being Maxine…but she does play multiple characters, or at least multiple versions of a single character. When Ela wakes up again, she goes to the window, as she did in her dream, but when she turns around, she sees herself – that is, her horned self – still in bed. Is this a doppelganger, or a demon of some kind, or a figment of Ela’s imagination? Its hard to say for sure, but whatever the case, things only get stranger, and the confusion multiplies. 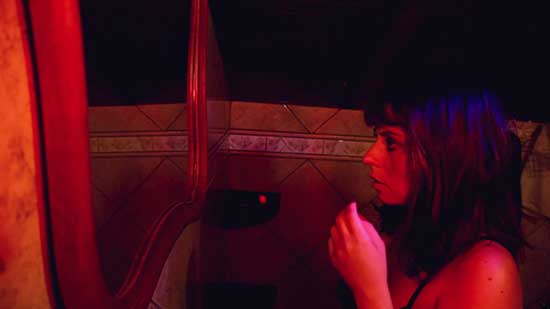 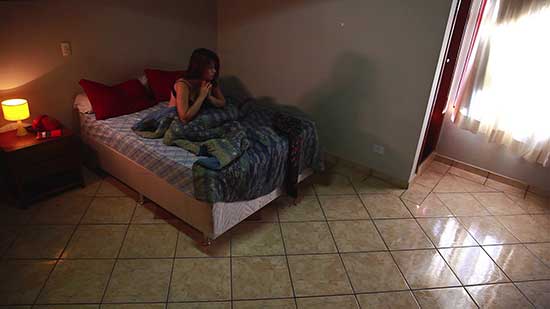 A Janela da Outra is a short film that takes a lot of risks, opting to tell a story with visuals only, no dialogue, and leaving lots of unanswered questions in the end. This is a very risky approach by any filmmaker, and all the more so for a young, not-yet-established one. However, despite not spelling out every step of the story to the audience, Anzoategui shows great skill with her delivery. The surreal events of the storyline are matched with up good sound and great red lighting. Maxine’s Ela is both sympathetic and potentially diabolical: Surely the cute young woman couldn’t be in league with the devil, we try to convince ourselves. Maybe all of this is a nightmare. Maybe it’s a hallucination after all the pills. Maybe she overdosed (seriously, she took almost an entire bottle) and died and this is her afterlife. Whatever the case, A Janela da Outra is an intriguing short film that adds even more flavor to the filmmaking resume of Anzoategui and Giroldo. Definitely recommended for fans of beautiful Brazilian women, beautiful Brazilian films, and beautifully bizarre stories. 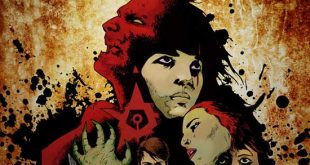 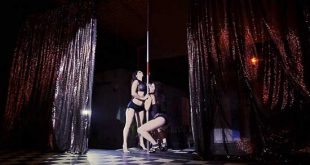