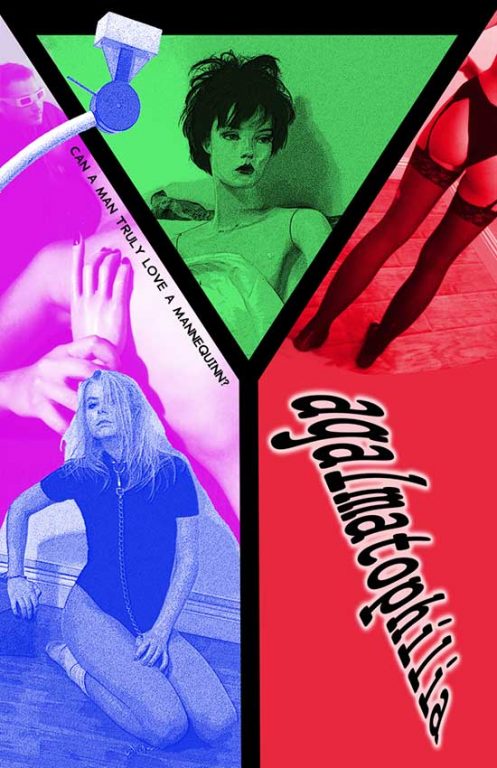 Finally we get to see this years highly anticipated film that’s undeniably unlike any other film you’ve seen before. Just in time for the holidays . . . the latest and greatest film from Frolic Pictures . . . Agalmatophilia, is now available! Find it on Amazon Prime and order the DVD or VHS now, to graciously stuff the stocking of your favorite friend, family member or unusual lover.

What critics are saying:

“Guy (Jared Masters), a lonely and numbers-obsessed office clerk who does “the numbers” for his clients (it’s never explained in full), one day realizes he needs a secretary – and pretty much hires the first applicant, Iesha Stayput, who just happens to be a living, breathing mannequin (voiced by Brittany Ballantyne) – and at first he’s only taken in by her professionalism, but soon he starts to have feelings for her as well (thus the title, ‘Agalmatophilia,’ a paraphilia involving sexual attraction to a statue, doll, mannequin), and he, who has so far mostly been tied to his desk, starts to go out with her and stuff. But there’s his client, Veronique (Brittany Ballantyne, in the flesh), who at first only gets friendly with Guy as she’s not able to pay her invoices on time, but before long she starts getting interested in him as a man, too – and even if she’s got some weird fetishes on her own for sure, she eventually notices there’s something not 100% right with Guy…. Now this is most certainly a very unusual film, an extremely weird, twisted romance between a man and a shop window mannequin, done very much in a way as if it was a very natural thing, with a minimum of special effects, and without any fantasy or horror motives or even vastly simplified psychology tagged on – and especially for these reasons it works, it just tells its story, doesn’t lose steam in long-winded explanations or fancy effects, just lets us see the world through Guy’s and later also Veronique’s eyes – but with an extra shot of irony (rather than moronic humour). If you’re into the slightly bizarre, you’ll get lots of enjoyment out of this.” – Mike Haberfelner, SearchMyTrash.com 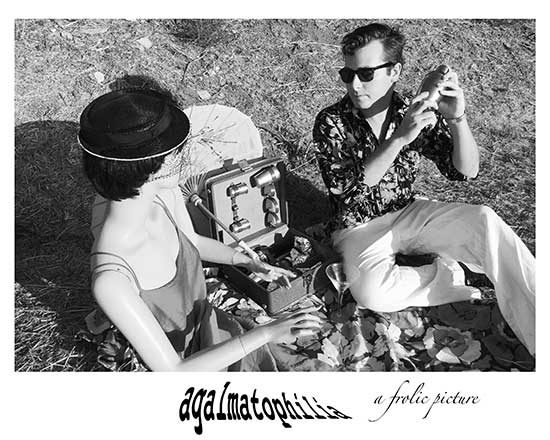 The publishers of this announcement have nothing to gain, or to lose, by your anticipatory entertainment. A show fantastically and strategically composed. It may frighten some of you. It may startle the very nerves that cause your neck to tingle. It is up to you to decide. Let us explore the deepest desires in every one of us. Let’s come out. See us balloon into our true selves.

Don’t let the star rating fool you! Why let an anonymous individual dictate your thoughts? You are a freethinking individual. Self-respect sold separately. Batteries not included. What works for you will confuse another. Your mother is unamused. Your ignorant community will ostracize you. Let the film speak for itself. Do not merely support the names you are familiar with and giant ads you read, take yourself on the best date ever. Give art a chance. Discover a life changing moment, again, and again in . . . Agalmatophilia (in glorious black and white). 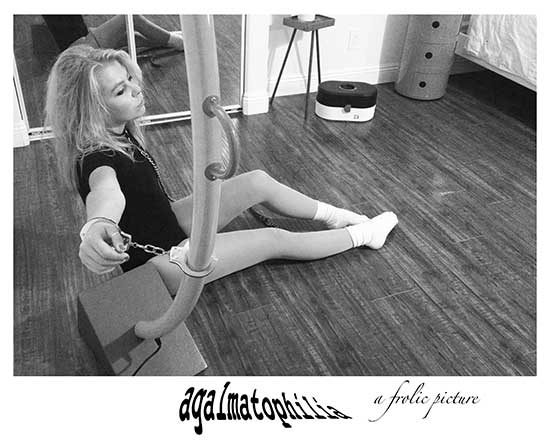 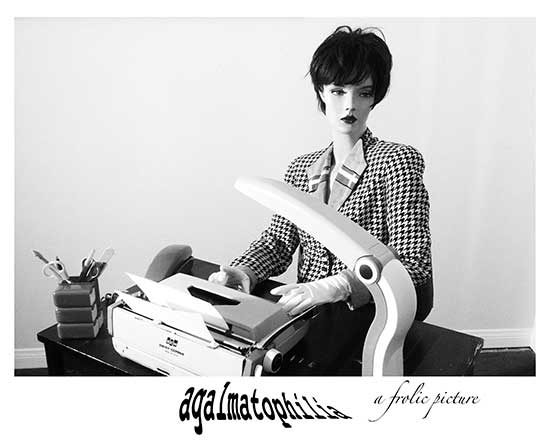 See . . . The Prince of Hollywood, Jared Masters, in his feature film debut in a leading role. Also, introducing the fierce and captivating triple threat, Brittany Ballantyne (the quasi-sensational starlet who came all way from Iowa to cash in on her instincts . . . and charm).

So don’t wait! Cuddle up with your favorite inanimate object . . . and watch . . . Agalmatophilia. It will titillate and shock the very tentacles of your heart, repeatedly. Find the DVD online (wherever DVDs are sold). Snatch up a very rare, limited edition (only 1,000 copies made) VHS on eBay, while supplies last. Stream it instantly online, for free (with an Amazon Prime one month trial). The reason why you can’t think of your favorite movie when asked is because . . . you have yet to see Agalmatophilia, a Frolic Picture.