A Slickly Made, Suspenseful and
Scary Movie” – Los Angeles Times 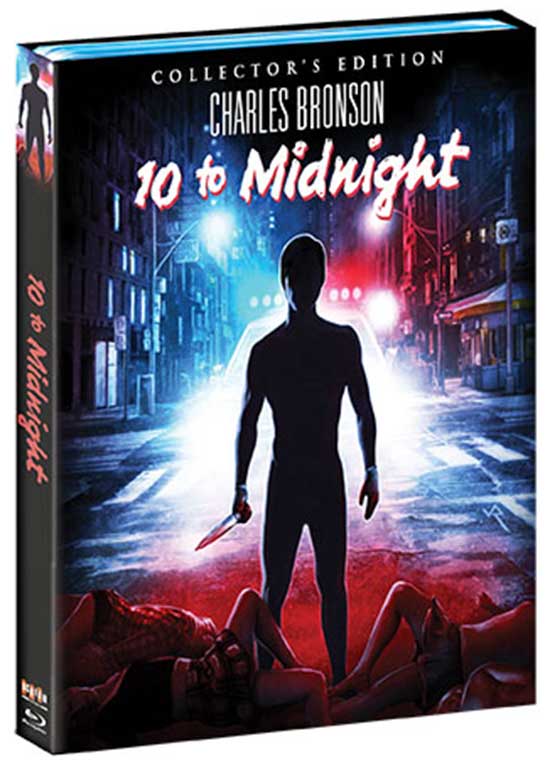 Charles Bronson stars as a rogue cop pursuing a deranged killer in the action-packed suspense-thriller 10 to Midnight. Serving up vigilante justice as only he can, Bronson delivers one of his most riveting performances in this film. On January 22nd, 2019, Scream Factory brings this Cannon Group classic to Blu-ray as a Collector’s Edition loaded with new bonus features, including a new 4k scan of the original camera negative, new interviews with actor Andrew Stevens, producer Lance Hool, actor Robert F. Lyons, and actress Jeana Tomasina Keough; as well as a new audio commentary with writer and historian Paul Talbot.  Fans can pre-order their copies now by visiting ShoutFactory.com

Bronson plays Leo Kessler, a cynical Los Angeles cop on the trail of Warren Stacy (Gene Davis), a homicidal maniac who turns rejection from beautiful women into the ultimate revenge. When the legal system sets Stacy free, Kessler plants evidence to put him behind bars for good. But Kessler’s plan backfires, leaving him with only one option: to hunt down Stacy on his own … before the crazed killer can strike again!