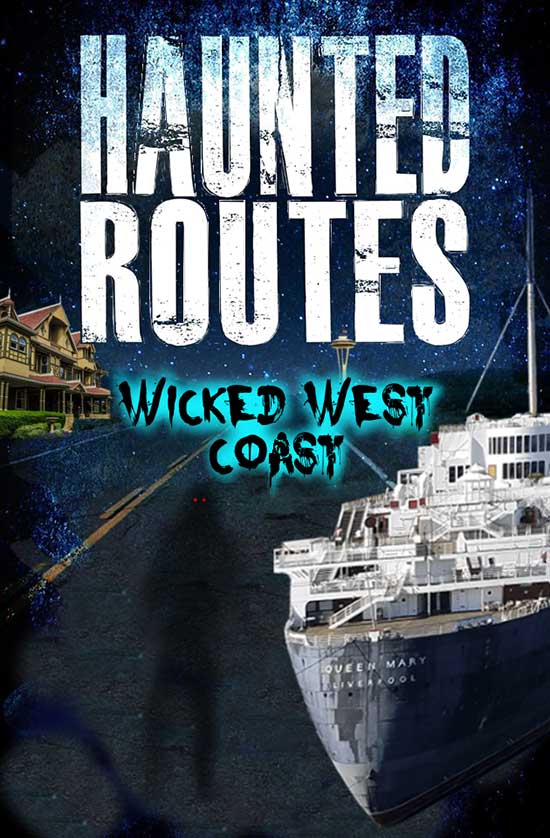 “We’ve heard about haunted road trips online, so we took one ourselves.”

Haunted Routes, Wicked West Coast is available for free on Amazon Prime for this holiday season.

Haunted Routes, Wicked West Coast is a National Telly Award winning feature film that documents the ultimate paranormal road trip across the west coast of the United States, from Anchorage Alaska to San Diego California, mapping out the most haunted destinations along the way and covers interviews with the authors, ghost tour guides and paranormal investigators who share their stories, experiences and evidence of the supernatural in the very spots mapped out on this exciting journey.

The United States West Coast has a rich and diverse background, riddled with tragedy, struggle and systematic oppression of many different types of people. This negative energy, along with a unique and even in some cases, bizarre history, make the West Coast a breeding ground for paranormal activity. Enigmatic legends and lore pass from lip to ear of the locals who share a knowing glance amongst each other about curious characters such as the Char Man, the ghost of a man who was burnt to death and is seen haunting the area of Camp Comfort in the Ojai Valley of California in search of victims to skin then alive. Or the White Lady of Santa Cruz California, a pale young woman who is seen wandering the streets at night in search of her grave which has been lost to time. And of course the mystery of the Black Dahlia murderer in Los Angeles, whose identity has not been identified to this day.

The Haunted Routes crew travel through Alaska, Washington, Oregon and California to learn about these many urban legends, haunted destinations, celebrity spirits and paranormal occurrences associated with the various landmarks along the way known to experience supernatural activity including the Historic Anchorage Hotel in Alaska, the Shanghai Tunnels in Portland Oregon, the Winchester Mystery House in San Jose, The Biltmore Hotel of Los Angeles, and the haunted Whaley House of San Diego.

Below is the link to the trailer of the film on the Haunted Routes Facebook page: