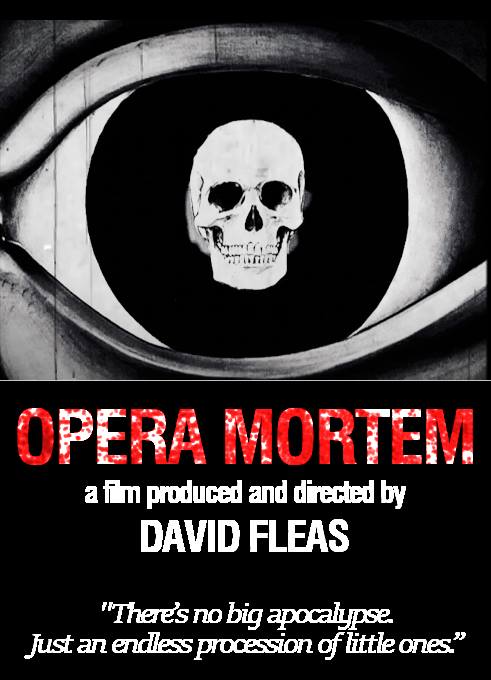 Finally unearthed OPERA MORTEM the infamous haunted movie from the mad English painter David Fleas. Originally shooted during almost 10 years in super-8 mm and VHS, the film was screened only one time in the 1973 at the Nottingham’s Odeon Film Theatre.
The rights of the footage have been acquired in 2015 by Italian discoverer Giovanni Mele after a long battle with Fleas’s son and heir. Digitally Remastered and restored in 2k, OPERA MORTEM is looking for distribution.

The film is filled here and there also by very graphic and obscene sexual acts plus very disturbing gore so the movie is not suitable for people under legal age.
An expert we contacted for understand the origin of some symbols exposed to us the theory that the video is a kind of metaphorical transposition of a black magic ritual.
We are still working on this ’cause we are totally fascinating and wanna know more and more. Once ready will be an honour and a pleasure to show the complete restored copy to you.
—–
Raw images and elegant literary quotations with references to suicide: this is OPERA MORTEM a surrealist/dadaist movie, which intertwines the death visions of a suicidal girl, with those of a necrophilic serial killer.
Director: David Fleas
Production: 1973, UK – David Fleas
Genre: Horror-Extreme
Cast: Amber Toad, Daniel Flat
Duration: 62 minutes
Facebook page: www.facebook.com/operamortemfilm/
Share