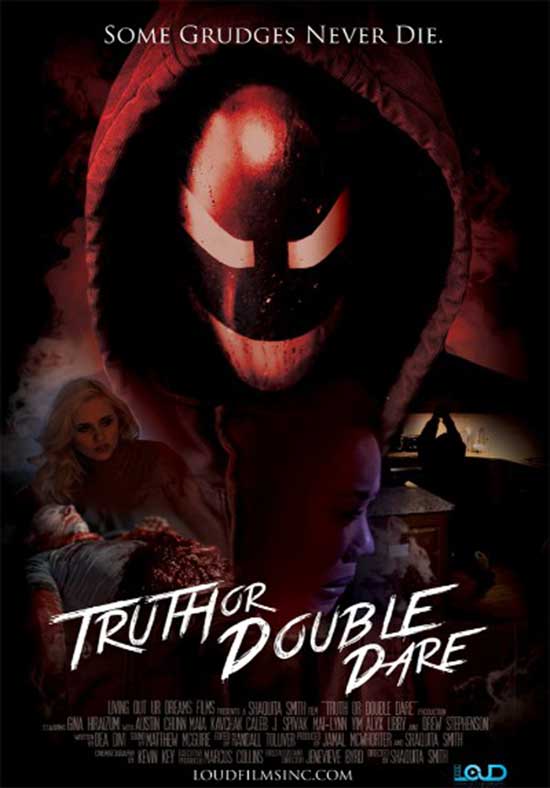 Truth or Double Dare (TODD), which is available Tuesday, November 20 on Amazon Prime, follows four friends — Claudia, Egypt, Alex and Rashad — as they return to their hometown for their high school reunion. They reunite with old classmates Jonathan and Michelle where they find themselves playing a harmless game of truth or double dare. Because of old buried secrets, someone at the party makes the stakes high. Now it’s a game for their lives.

TODD is the directorial debut for actress Shaquita Smith, whose television credits include NCIS: New Orleans (CBS), Daytime Divas (VH1), and Tyler Perry’s If Loving You Is Wrong (OWN).

Truth or Double Dare (TODD) is a LOUD Films presentation and is executive produced by Marcus Collins and produced by Jamal Mcwhorter and Shaquita Smith. The music is composed by Jared Rodehorst.