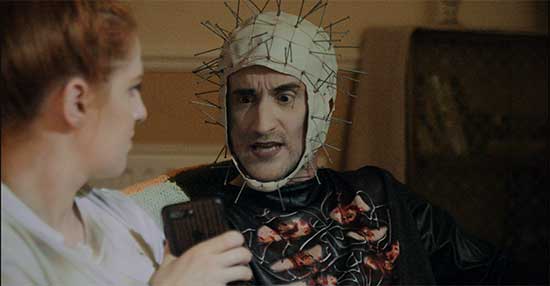 Following the success of the first season of the web-series, award-winning filmmaker Kate Shenton is now launching a crowdfunding campaign for Season Two. NETFL!X AND KILL is a quirky dark comedy web series about a psychopath and his victim… who spend all day sitting around watching television.

In between murders, they are planning the ultimate killing. Watch the entire first season on Hex Studios’ YouTube channel. Season One reached upwards of 10,000 views. After the overwhelmingly positive reactions, Kate Shenton decided to expand the universe of her series. 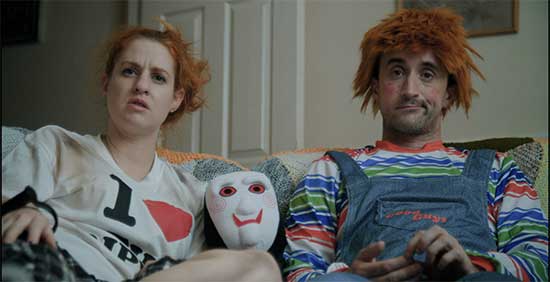 “What I love to do is build worlds. There always was the potential to create a lot with NETFL!X AND KILL. The reaction to Season One was so encouraging that I didn’t want to wait before I continued to show more of this world.” Kate Shenton is bringing back the same creative team for the new season, including stars Nic Lamont and Adam Rhys-Davies, who also starred in her award-winning feature film EGOMANIAC. Season Two will follow the same premise of a psychopath and a victim watching television –with a twist: this time Nic Lamont will play the psychopath and Adam Rhys-Davies will play the victim In order to get Season Two made, the producers are launching a crowdfunding campaign: the perks include a number of NETFL!X AND KILL goodies as well as the opportunity to have your own episode in the series.

The campaign starts today and will run until the end of November, with production starting on the series in January 2019.