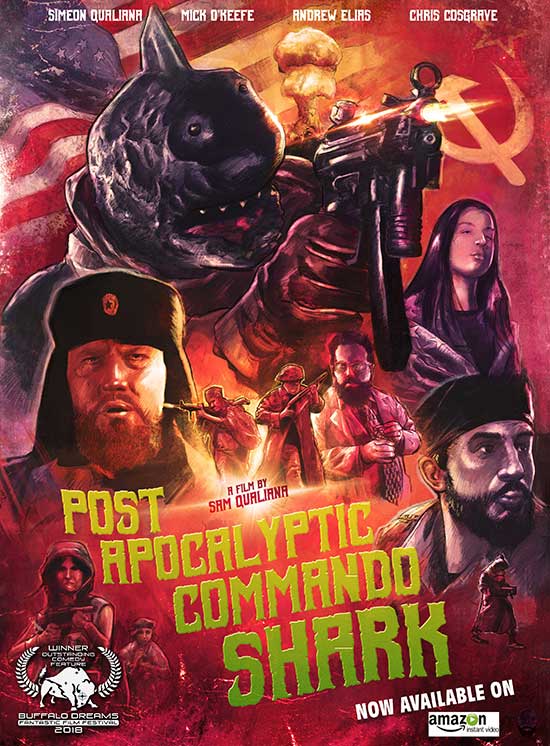 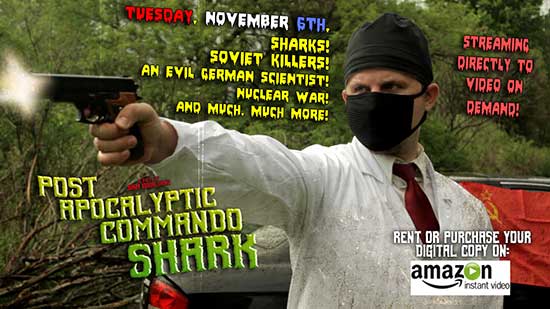 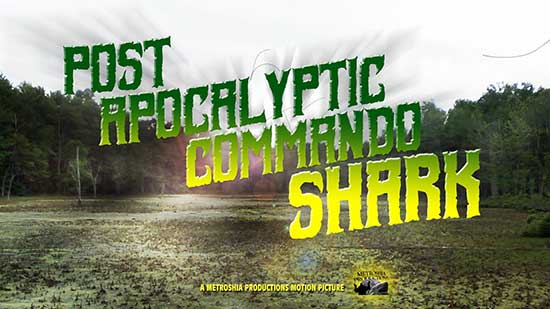 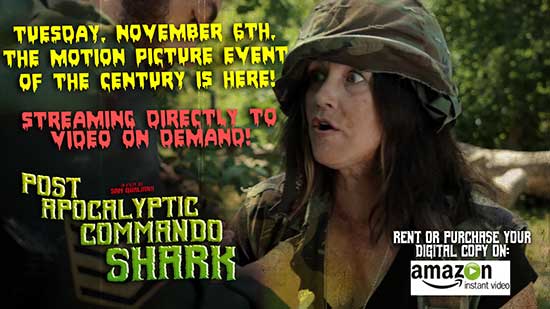 In the post-apocalyptic future, the world is still at war. The newly instated Soviet Russian Army has invaded the United States with the assistance of an evil German scientist who has created an army of super human soldiers, half-man and half-shark. Qualiana shot the film in secret under the title P.A.C.S. in his spare time, while working in various capacities on other films.