There is something very special about Iris.Fall which I am sure you will be able to grasp from the newly released gameplay trailer below.

It is published by up and coming Chinese Indie curator Zodiac Interactive, which brings to the West the best Indie games from China such as Candleman, Tales of the Neon Sea and Death Coming. 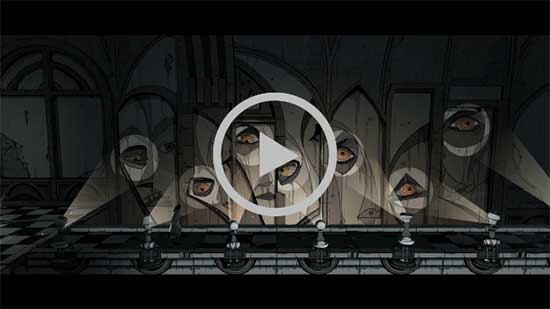 Beijing, China, November 7, 2018 – Publisher Zodiac Interactive and developer NEXT Studio have announced today a change in release date for their upcoming title Iris.Fall. The release date has been switched from November to debut on Steam December 7th, 2018. Fortunately, this news comes with a new trailer to shed light on its unique mechanics and aesthetic.

The trailer showcases Iris.Fall’s blend of both 3D and 2D gameplay and its dark, vaudevillian visuals. The game features a mechanic that allows the player, as Iris, to switch between two worlds of shadow and light as she is led through a dilapidated theatre by a mysterious cat. The environments are filled with puzzles that stretch across both the physical and shadow realms. These challenges make the player carefully consider the ways the two worlds interact with each other to progress.

The shift in release date adds more time to polish and tune the final product to meet the developer’s award-winning pedigree. NEXT Studio says that “they are committed to providing an immersive and gripping experience for the player. The extra time for the project will help us reach that goal. We want Iris.Fall to be a release that lives up to both the standards of our players and our studio.”

The new trailer for Iris.Fall can be viewed here: