BEASTS OF THE FIELD – Trailer And First Details For New Indie Creature Horror!! 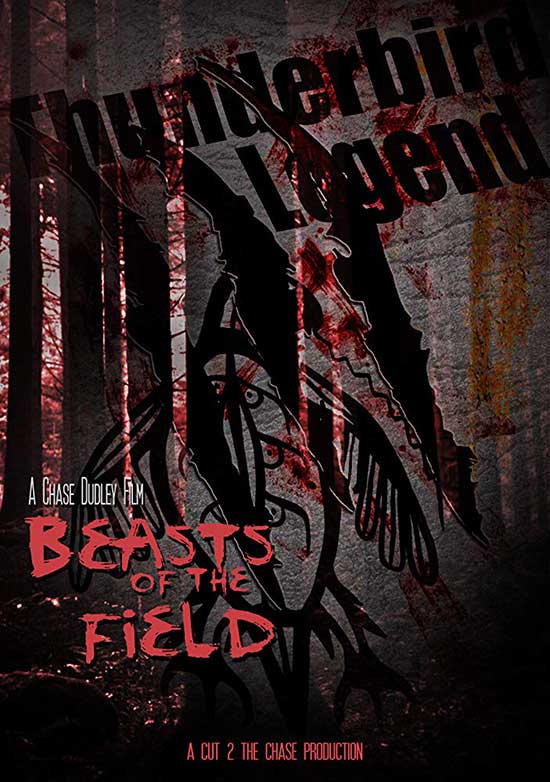 Lester Denton is a bored office worker with dreams of discovering the mythological Thunderbird. He partners with his girlfriend Clarissa, an ambitious television presenter, to produce a documentary show focused on investigating their paranormal claims. After the are rejected for a loan, the pair decide to invest Lester’s life savings to produce the pilot.

Hustling and cutting corners, they lie about their credentials and promise money they don’t have in order to string together an amateur crew and equipment journey into the forest. Under Lester’s poor leadership, a member is fatally injured, their equipment is lost and destroyed. Despite the threat of mutiny, Lester obsessively pushes on, certain that the lair of the Thunderbird is near. When the truth comes out that they lied about their money and credentials, the crew begin to turn on each other. As they desperately attempt to find their way back to the forest, survival turns into savagery and their violent natures consume them.

Tags BEASTS OF THE FIELD