Tales of Fear is a six-part horror anthology in the style of the EC comics of the 1950’s. Ghastly ghouls, monstrous creatures, and murderous madmen await in these tales guaranteed to leave you filled with fright. The film was shot in and around the St. Louis area utilizing local actors and crew. After screening around the world and winning several awards the movie is now available on Amazon.

Tales of Fear is the latest project from State of Mind Productions, previously known for Contamination: A Convention Story (2012) and Zombie Epidemic (2009). The film is directed by Corey Logsdon, a native of Alton Illinois. The project was ambitious from the beginning. Shot over a two year period, the crew made use of every asset at their disposal to give the production more value. 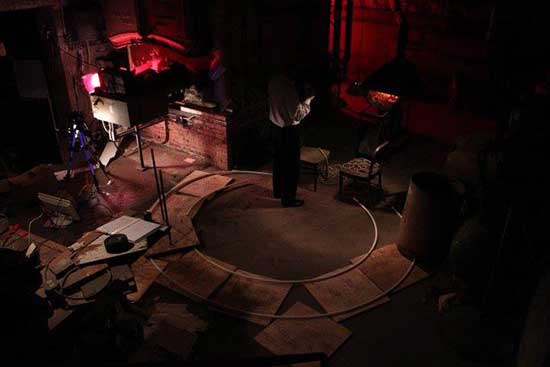 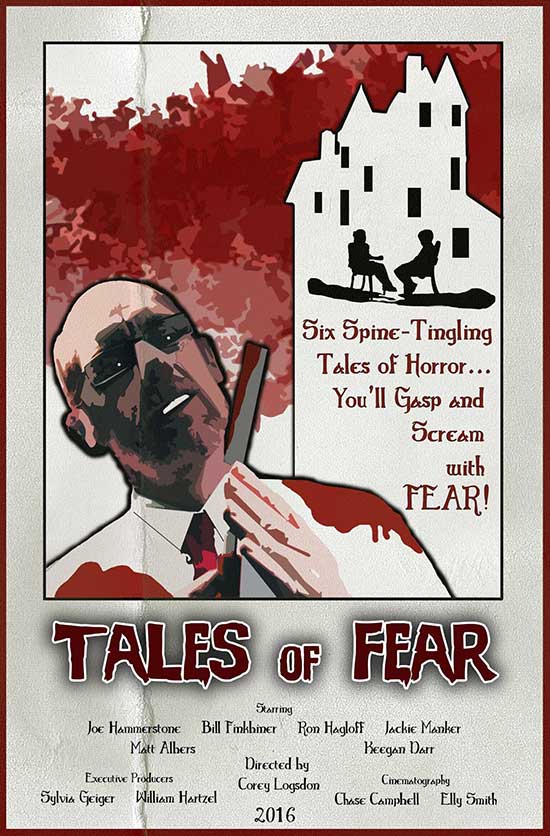 During location scouting, the crew sought out locations with haunted histories. This added to the atmosphere of the film. Alton, IL has a history of being one of the most haunted towns in America. The director took advantage of the rich history at his disposal. Locations included The Milton Schoolhouse, Lovejoy Cemetery, Second Hand Reading, and Principia College to name a few. Needless to say, there were some unusual occurrences during filming.

Ghosts and the paranormal are a common motif in horror films. The production was plagued with malfunctioning equipment, mysterious noises, and missing items. In many cases, the acting on screen was genuine fear due to the unusual nature of the locations. The cast and crew persisted through these unexplained events until the film was completed.

After debuting at The Bram Stoker International Film Festival in Whitby England the film went on to screen at festivals around the globe, winning various awards. Feedback from audiences has been positive. The film struck a chord with fans of classic horror films. Tales of Fear is currently on Amazon Video, just in time for Halloween.