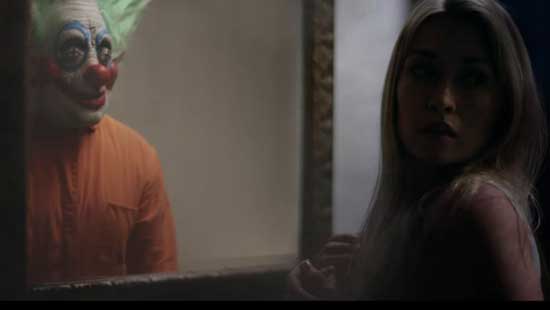 Inspired by It and other killer clown films and reminiscent of classic Hitchockian thrillers such as Psycho and Repulsion:
Mount Cyanide is the artist brand of Cyrus Melchor, a producer, electronic musician and multiple award winning composer. He has banged beats on the MPC and/or manned the mixing console for Massive Attack, Blood of Abraham, J Dilla, Bell Biv DeVoe, KRS One, Maxim from the Prodigy, and many others. In 2006, Cyrus scored Coca Cola’s “Parade” advertisement which won him both the CLIO and AICP Award for Original Music Composing. He repeated these wins in 2012 with Johnny Walker’s “Step Together” ad. In that same year, Mount Cyanide’s “The Home for Better Living” was released. It was a full length album of experimental instrumental music replete with homemade breakbeats, classical musicians and psychedelic synthesizers. Seven of those songs were licensed to CBS TV’s seminal CSI series. Cyrus has also composed two full film scores: Chloe (2013) and Sorceress (2017).