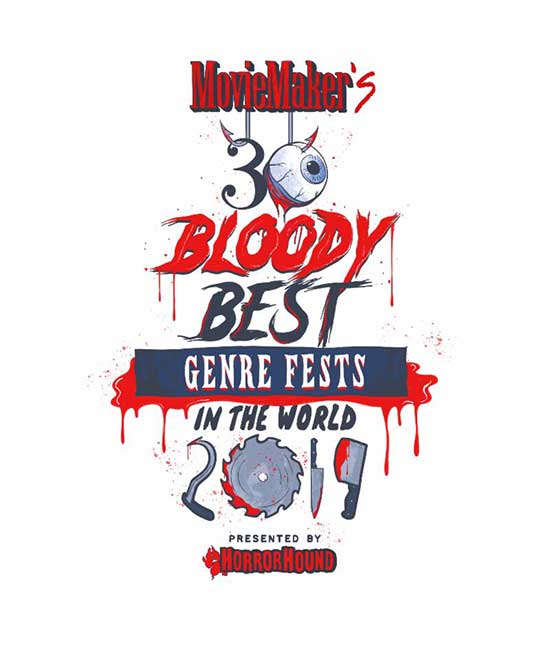 It’s a glorious time to be a horror fan and a horror moviemaker.

As proof continues to come in that writer-directors working in horror can break the box office and the rules of “safe” cinema simultaneously (examples are John Krasinski’s A Quiet Place and Ari Aster’s Hereditary, both of which were critical and commercial successes) the insane number of film festivals devoted to connecting genre moviemakers with audiences only increases. There seems to be at least one every weekend somewhere in the U.S. or abroad, offering the chance to see the latest frightening features and shorts on the big screen where they belong-in the company of enthusiastic, like-minded attendees-and putting the work of emerging auteurs in front of hungry buyers ready to distribute the art to its dark-hearted demographic.

Since MovieMaker launched the inaugural edition of The Bloody Best Genre Fests last year, we’ve thought a lot about the untold amount of hubs that do their part in keeping indie film’s bleeding heart beating. And we’ve heard from impassioned readers about the events, panels, screening series, workshops, markets, and of course, parties on the circuit that truly make the art and business of genre moviemaking the undead entity that it is.
That’s why this year, in partnership with HorrorHound and alongside seven expert industry panelists, we’ve doubled our list from 15 festivals to 30, representing large, medium-sized, and niche genre fests alike from a combined 12 countries. Says HorrorHound’s Jason Hignite: “HorrorHound is excited to partner with MovieMaker in our shared commitment to spotlighting the leading genre film festivals. Indie horror is making a strong comeback, and it’s due in large part to the fests that bring exposure to deserving movies and their makers.”
So, to make your submission strategy a little less scary and your screening schedule a lot less stale, turn to these fantastic festivals that are programming, networking, and out and out raging against a literal world’s worth of stiff competition. — MM Editors
Read the full list of 30 festivals here.
Share