Bloodlines: The Art and Life of Vincent Castiglia Coming to DVD November 13th 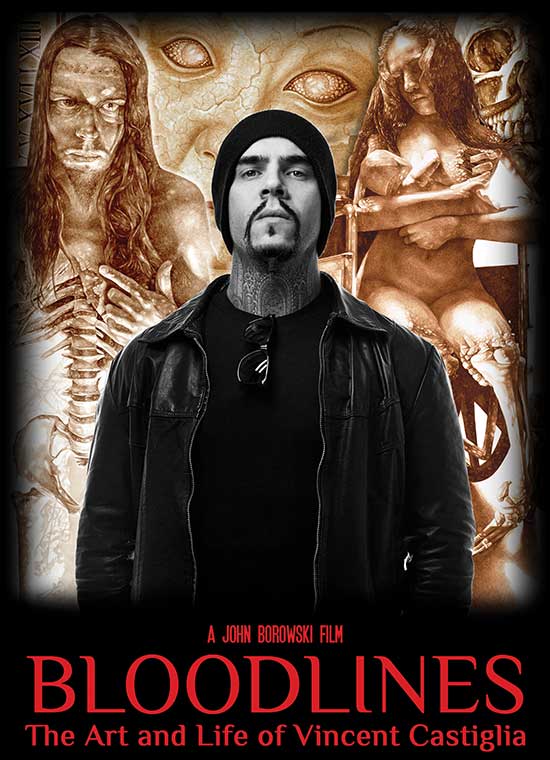 “A morbid, fascinating, and remarkably inspiring new documentary about one of the most acclaimed artists of our time.” – Metal Injection

Vincent Castiglia paints surreal images exclusively in human blood. He began doing so as form of self-healing following a troubled childhood and painful existence. From darkness, however, came light, and Castiglia’s story is one of inspiration and hope, providing proof that art can heal and serve to inspire others.

Margaret Cho, who commissioned Vincent to paint her portrait in her blood, is interviewed in the film as well as celebrities Gregg Allman, Damien Echols, Kerry King and Gary Holt of the heavy metal band Slayer, record executive Michael Alago, and numerous others including filming in the studio and museum of legendary artist H.R. Giger, who designed the iconic creature for the Alien movies.

After a successful Kickstarter fundraising campaign, production of the film spanned from 2014 to 2018, filming on location in the United States: New York City, Los Angeles, Louisiana, Chicago, Oregon, and internationally: Singapore and Switzerland.