Above Majestic | Official Trailer and Poster 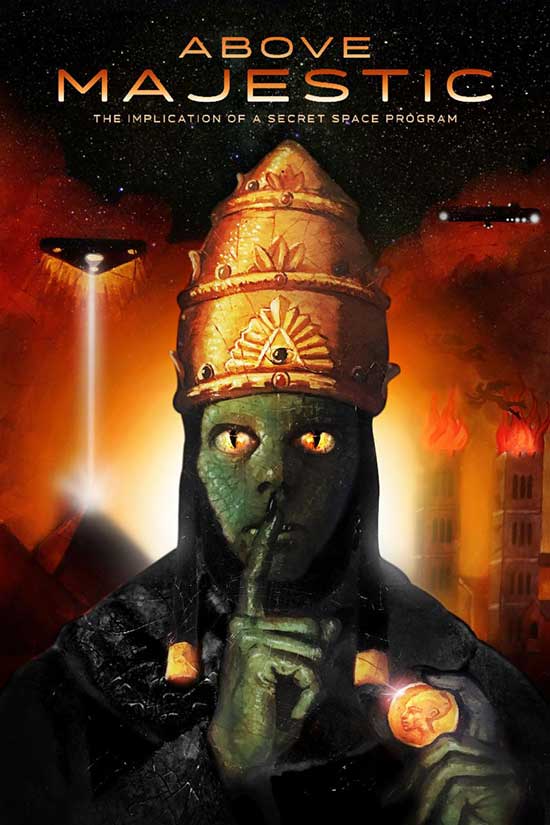 On behalf of The Orchard, we’re thrilled to share the Official Trailer for the upcoming documentary ABOVE MAJESTIC featuring New York Times best selling author and researcher David Wilcock, along with prominent whistleblowers Corey Goode, John Desouza, William Tompkins, David Adair, Laura Eisenhower, and Jordan Sather.
Don’t miss this deep dive into the origins, technologies, cover-ups, and conspiracies of the Secret Space Program, available to own on October 30th and available on digital & on-demand November 11th!

On September 10th 2001 Secretary of Defense Donald Rumsfeld announced that $2.3 trillion dollars could not be accounted for within Department of Defense expenditures. The very next day the Pentagon’s budget analyst’s office was destroyed in the 9/11 attack. The mystery remains: Where are the missing trillions?

Above Majestic is a shocking and provocative look at what it would take to hide a multi-trillion-dollar Secret Space Program (a clandestine group of elite military and corporate figureheads charged with reverse-engineering extraterrestrial technology also known as “Majestic 12”) from the public and the implications this would have for humanity. Viewers will be guided through take a deep dive into the origins, technologies, history, cover ups, conspiracies, testimony and research that goes beyond and Above Majestic.