Home | Spotlight on LEGION OF SUPER-HEROES

Spotlight on LEGION OF SUPER-HEROES 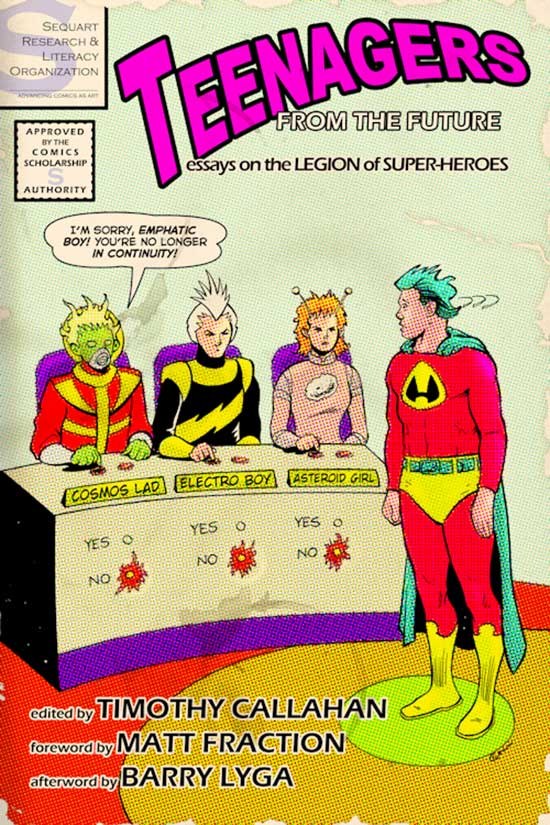 For over half a century, the Legion of Super-Heroes has occupied its own, vital corner of the DC Universe — and comics fandom. The Legion’s expansive cast, bizarre characters, futuristic setting, extended storylines, and elaborate continuity all set it apart from other super-hero comics.

This essay collection, from fans and scholars alike, is as diverse as Legion history. Essays examine significant runs (by Jim Shooter, Paul Levitz, and Keith Giffen); the Legion’s science, architecture, and fashion; the role of women, homosexuality, and race; the early Legion’s classical adaptations, teenage cruelty, and relation to the early Justice League; Lightning Lad’s death and resurrection; whether the Legion should be allowed to age; the Amethyst saga; the themes of the reboot Legion; and the so-called Threeboot’s relationship to adult adolescence and generational theory.

In the words of Keith Giffen, the book is “Exhaustive… a must read for anyone who has ever visited the 30th century. Hell, I never knew I was this interesting!” No Legion fan or comics scholar should go without this critical celebration of the Legion.

The book runs 340 pages and features a foreword by Matt Fraction and an afterword by Barry Lyga.

The book is now is available in print and on Kindle. (Just a reminder: you don’t need a Kindle device to read Kindle-formatted books; you can download a free Kindle reader for most computers, phones, and tablets.) Find out more on the book’s official page or its Facebook page.