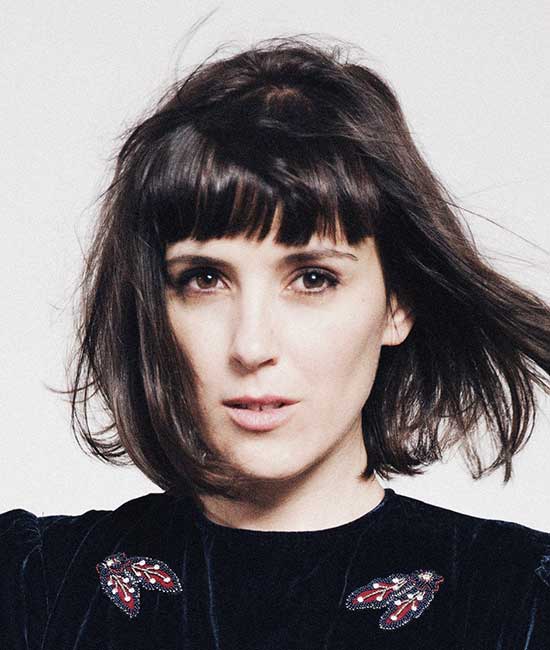 Clementine Poidatz (“Marie Antonette”, “Mars”, “Shut In”) took time to speak with Horrornews.net for an exclusive to talk about her new film, “Housewife.” (Directed by: Can Evrenol)

Hi Clementine, How are you?

Clementine- I am doing great. How are you?

I am good. Thank you. Okay, how did you prepare to play this character? The film was so good. You did such an amazing job.

Clementine- Oh, thank you Janel. It is nice to hear that from you. It really means a lot because in France nobody has seen it and nobody is talking about it to me. It really means a lot. How did I prepare for this role? I think it is very simple. There were many things that I could not understand in the script especially the ending. We talked a lot with Can Evrenol and in the end a big conversation that we had was I am going to trust you and dive in the water with you. We are going to do it together and whatever you want from me just ask me. It was the first time that I was doing that. I never questioned or I never questioned what he wanted or what he asked me to do. I just decided to follow him because I had seen “Baskin.” You know after a while, you know when you can trust someone. Can, I don’t know if you know him, if you met him or if you talked to him but he is very clever, generous and very empathic. I knew I could trust him. That’s how I prepared for the movie. He also asked me to watch two movies which were “Don’t Look Now” and “Safe” by Todd Haynes and that was it. I didn’t know and I asked him if he wanted me to ask more movies and he said, “No. I love the fact that you know nothing.” I was like, Okay. I allowed myself to be open-minded. 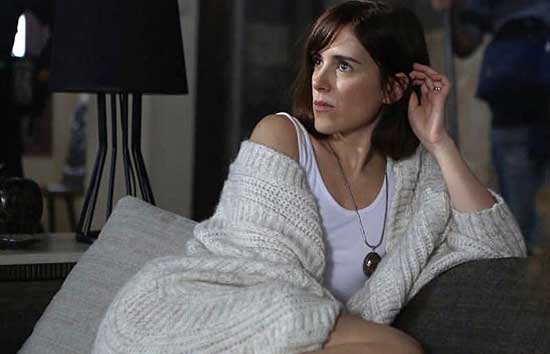 I kind of felt as if the film was very H.P. Lovecraft and a lot of psychological forces messing with you. I saw the ending and was baffled. I wanted more but the end credits started to roll. I was sort of like, what is happening? WHY! How did you feel about the ending? I know you cannot give away spoilers but insanity.

Clementine- (Laughter) it was insane. I didn’t know what it was going to look like when we were filming it, I was surrounded by children. We were shooting late at night. We shot for like a week and it was exhausting. I think that at some point I nearly lost my mind. Can asked me to cry and laugh and yell. All those weird emotions together for a week. You know felt like even though there were things I didn’t understand. The ending and when Can asked me to go outside, it was snowing and I was freezing, covered in blood and I was naked. Can asked me to smile in front of the camera. I could not understand exactly what that meant. I decided not to question anything and for me I decided for me that Holly was lost somewhere. My interpretation was that Holly was lost in a maze of dreams or whatever in her brain. I don’t know if it is her reality or not. When you decide to get rid of what’s real and what’s not real. It gives you more freedom in a way. I was willing to do everything. I was kind of a piano and Can was piano player and the composer. When you are doing such scenes and you don’t know exactly what that means you decide to just let go and trust your director. I loved it. I loved shooting those scenes. We were all super exhausted, freezing and the kids around. Sometimes they were scared. It was so much fun also to shoot that. It was magical. It really was a trip. I don’t think I was thinking clearly when we were shooting that. Maybe I was lost in a maze with Holly. 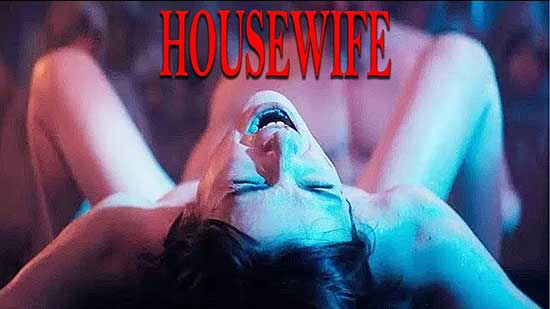 That is such a beautiful way to describe that. What was it like for you working with Can the director?

Clementine- I am kind of a control freak. I am overthinking most of the time. It is a big problem with actors. I don’t remember which director said that but the “best actors are not the clever ones.” On “Housewife” I really decided to be a piano and I knew I could not question Can. He is always questioning everything. Every day he showed up on set and he had the dream or what he called an epiphany with a new idea. Instead of questioning that idea, I was like Okay that is his movie. I am going to trust him. One morning he showed up and there was a dancing scene. He said after the dance I want you to masturbate, thinking about your dead sister. I was like, what!? I knew that I could trust him. It is a trip, it’s a weird movie but it is probably the movie I am most proud of. Most of the time I am always questioning the director. I am going to trust you but you take care of me. I am going to trust you and follow you.

Clementine, what would you like the fans to know about “Housewife?”

Clementine- It’s a trip. You can either like it, or hate it. But it has been done with heart, a lot of work and Can is very generous. The ending he wanted to please he viewers. He wants to please everyone. It is not the kind of movie that everybody likes. People have to know that there is a lot of work behind it. I kind of hate when people say, “oh it is just shit.” No it’s not. People worked their asses off. We did it in Turkey when it was a bit unstable politically. It was quite something to shoot that movie. It was very bold from Can. For the fans. I hope that they will enjoy. It was hard but it was beautiful. I hope they’ll love it. I really hope they will. 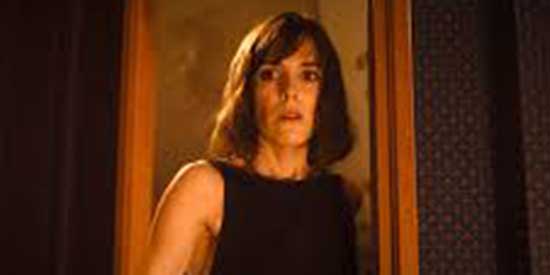 Well, I loved it so much. You did such a brilliant job as you do in all your films. It was an honor speaking with you. Thank you Clementine.

Clementine- Thank you so much Janel.

“In HOUSEWIFE, Holly (Poidatz) has been haunted by a horrific childhood trauma for twenty years and struggles with vivid, disturbing nightmares that leave her detached and unable to live a normal life. Then an old friend recommends Holly meet with charismatic cult leader Bruce O’Hara (Sakurai), and she is led on a twisted journey of waking dreams that will begin to unravel the fabric of reality and reveal the truth about Holly’s family… a terrifying destin 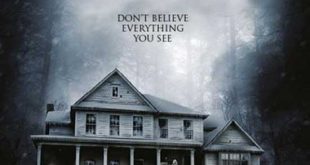