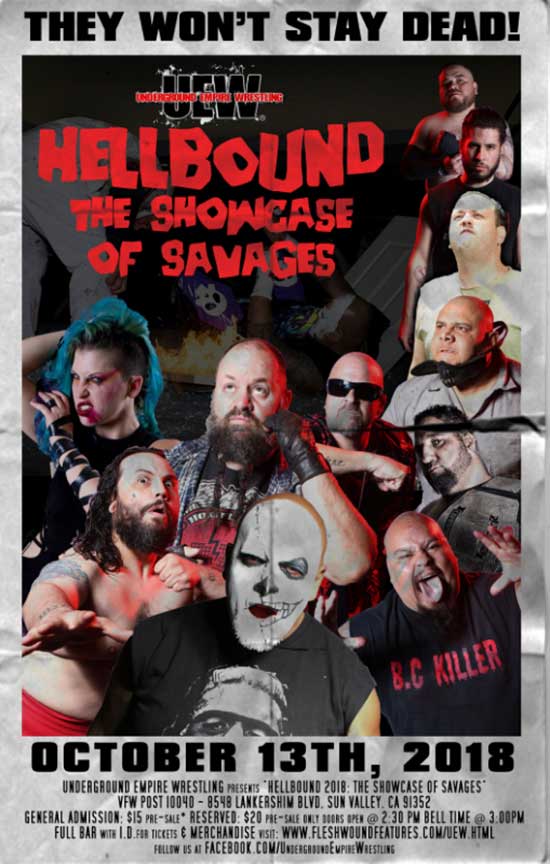 Underground Empire Wrestling blends the best of Professional Wrestling and Horror with it’s annual Halloween season event Hellbound coming to you live October 13th from the greater Los Angeles area. UEW has it roots in horror which has featured such gory matches as the Pumpkin Patch Death match, the Satanic Sanatorium, 200 Light Tube match and this Saturday we will feature the Halloween themed Trick or Treat Match, a Body Bag Match and our most brutal spectacle of depravity, the I Quit Death match. 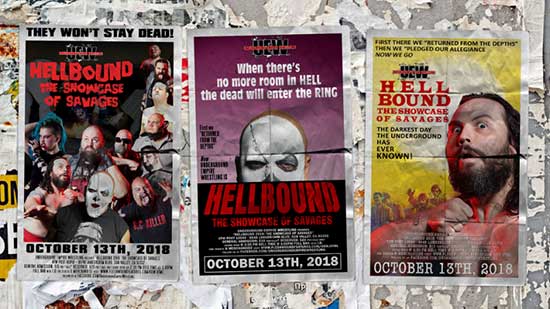 Witness a horror film come to life with monsters such as Carnage, The Insaniac, The Body Count Killer, Michael Krueger, “Blakhart” Fern Owens and the Homeless Assassins.

UEW’s horror connection continues with horror inspired event posters and trailers designed by FleshWoundFeatures.com. When there’s no more room in HELL the dead will enter the RING!